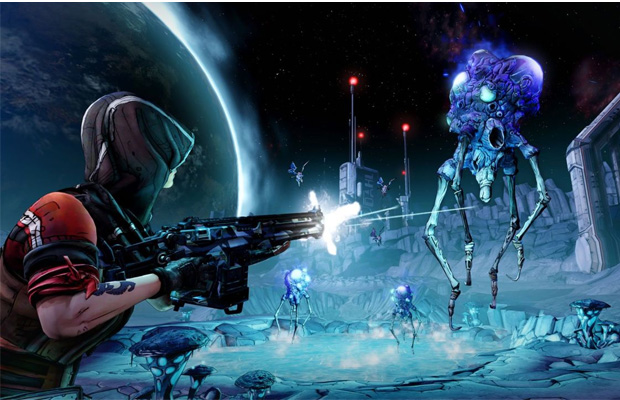 2K has recently unveiled the newest set of content to be distributed in the second DLC pack for their game Borderlands: The Pre-Sequel which is to be known as ‘Ultimate Vault Hunter Upgrade Pack: the Holodome Onslaught’. A brand new narrative is the first of this content using veteran characters Gaige and Axton, who along with Athena attempt to find out what had happened to them before The Pre-Sequel began. During this narrative players will come across the Holodome Onslaught–a battle arena that will allow players to fight familiar and brand new enemies to get new weapons, class mods, and even new heads and skins for characters.