10 Underrated Horror Films on Netflix You Should Watch 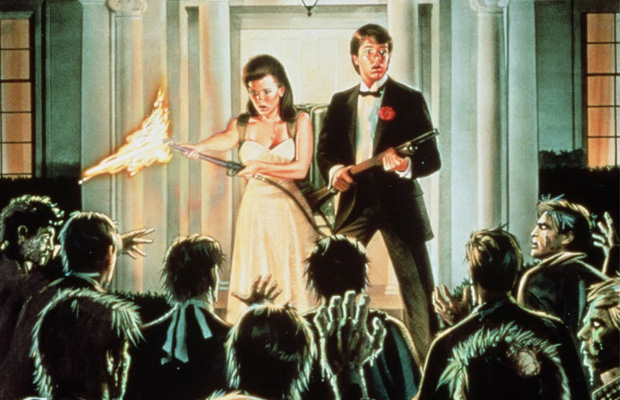 For horror junkies, the search for a genuinely scary movie has always been an exhausting one. As it stands, for every ten direct-to-DVD gore pornos made, there is only one, maybe two, verifiably worthwhile genre exercises given the green light. Indeed, the horror film market, while by no means averse to filth and the abject, is now inundated with garbage; sorting through the seemingly endless refuse can be tiresome, even dispiriting. What is even more frustrating, however, is that horror fans are not demanding any kind of volcanic revolution. No one is asking for those rote, oh-so predictable conventions to be discarded, nor is anyone asking for an emergency injection of art-house sensibilities. What is being asked for: Less trash and few gems.

Of course, this is a problem that, despite the ire it provokes, will not be soon remedied. In point of fact, it will probably remain untreated forever, allowing the landfill that is the horror genre to continuously grow. Therefore, we have taken it upon ourselves to root through the morass of average-to-below average-to-just plain awful horror films on that much-beloved online streaming service: Netflix. While these are not necessarily masterpieces on the level of Rosemary’s Baby or The Exorcist – both groundbreaking and spellbinding canonical entries – they are, nevertheless, very effective ways to keep yourself up at night or, more amusingly, to petrify your significant other on Halloween.

Here are 10 Underrated Horror Films on Netflix You Should Watch.

Directed by Ti West
In the vein of recent “throwback” horror movies, The Innkeepers wins most of its scares through old-fashioned, less-is-more filmmaking techniques: an eerie hotel, mysterious sounds, ever-increasing paranoia, and creeping, “don’t turn the corner” cinematography. It follows the plight of two front desk attendants who happen to work for a famously haunted hotel. Convinced that the hauntings are authentic rather than byproducts of their own overactive imaginations, the two begin to seek out the hotel’s supernatural guests and, in the end, get more than they bargained for.

Director: Renny Harlin
Picture this: The Blair Witch Project relocated to the snow-covered mountains of Russia and revamped with sci-fi flair. Admittedly, the film zigzags into some over-the-top theatrics in the third act, but, with such an unremitting level of tension, there is little reason to complain. For once, found footage finds some traction again in this saga of five college students who attempt to uncover the secret of a historic hiking disaster.

Director: The Vicious Brothers
Its premise may be simple, but this found-footage thrill ride still packs quite the punch. When a team of “paranormal investigators” film a television episode inside an abandoned psychiatric hospital, they learn that it is not nearly as abandoned as they initially estimated. Again, nothing new here, but all the merits of shaky-cam scare tactics can be found here in spades.

Director: James Wan
James Wan – director of The Conjuring, Saw, and fan-appointed leader of the horror renaissance – was still honing his goose-bump-inducing skillset in this possessed puppet caper, but this is still one that can keep your hair on end. Indeed, the plot is thin (evil ventriloquist, zombie dolls, victims with tongues torn from their mouths) and the twist ending is anything but surprising, yet Dead Silence still manages to keep you riveted for an hour and a half. Those dolls are just so damn creepy.

Director: Pascal Laugier
Aside from her recent tabloid-grabbing marriage to Justin Timberlake, Jessica Biel has been flying under the radar for some time. However, in The Tall Man, a refreshingly atmospheric and slow-burning suspense flick, she delivers a gripping and highly sympathetic performance. In a lonely mining town where children are vanishing, Biel – who plays the town nurse – takes it upon herself to figure out what is going on when her own son is abducted. The primary suspect: the “tall man,” a folktale villain of unknown origins.

The Serpent and the Rainbow

Director: Wes Craven
Horror maestro Wes Craven, known for the Nightmare on Elm Street and Scream movies, crafted this little-known chiller in the late 80’s and it is screaming for a rediscovery. Bill Pullman portrays an anthropologist who, when sent to Haiti to research a zombie-generating drug, stumbles into a life-threatening nightmare. Trippy and hallucinogenic, yet also politically conscious, this is one that was unjustly swept under the rug.

Director: Conor McMahon
The fact that clowns are not only creepy, but unequivocally horrifying is news to no one. Stitches, a dark comedy with equal parts of gruesomeness and goofiness, it capitalizes on this notion with uncanny aplomb. The narrative tracks the life and death and reanimation of Richard Gringle, a sleazy party clown who, after accidentally killing himself at a birthday gathering, comes back to haunt the kids who caused his premature demise. Without argument, this is not one to watch with the kids, as practically every scene is splattered with blood and dismembered organs.

Director: Stuart Gordon
Whether they acknowledge it or not, every horror fan owes a debt of gratitude to H.P. Lovecraft – the unrivaled literary practitioner of all things “weird,” grotesque, and terrifying. This film, adapted from a Lovecraft short story, further augments the storyteller’s status as the patriarch of Gothic invention. It details the whereabouts of a scientist who develops a serum that can revive dead bodies and, as one might guess, black comedy hijinks and horrors inevitably ensue. To be sure, this one puts the “blood” in “bloodbath.”

Director: Joseph Kahn
Just about every genre imaginable is tossed into the fray here: horror, meta-comedy, apocalyptic fantasy, and action-thriller. And, somehow, it all fits, probably because this ballistic, off-kilter fever dream, much to the filmmakers’ credit, basks in a kind of postmodern self-awareness. Just think The Breakfast Club with less commentary on adolescent angst and more – much more – blood and guts. By our calculation, Detention is a cult film lover’s dream.

Night of the Creeps

Director: Fred Dekker
If you are in the mood for a steaming plate of campiness, sprinkled with some over-the-top acting and 80’s special effects, then Night of the Creeps will suit you just fine. Get this: sentient slugs from outer space begin to infect college students and turn them into zombies. Sound appealing? This is a “B-movie” with a capital B, indeed, but once you relax and take it for what it is – an 80’s horror-comedy nostalgia trip – then you’ll undoubtedly have a screaming good time.