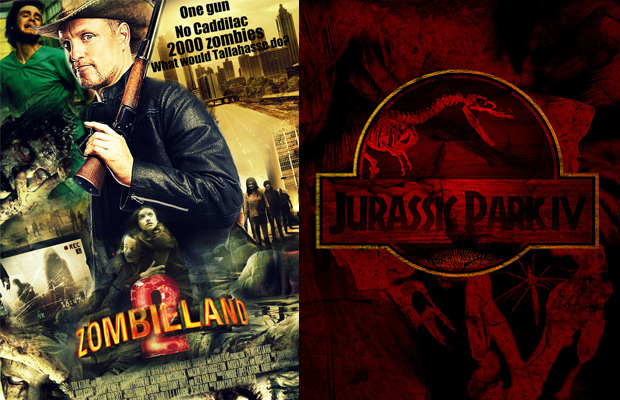 Is there going to be a Zombieland 2? Well, according to a Coming Soon interview with director Ruben Fleisher, the likelihood is looking bleak. “I can promise you it’s something we all want to do,” said Fleisher. “ I think the reality of it happening is getting less and less real”.

Well one would suppose that’s a bit unfortunate. But were you actually chomping at the bits waiting to see Woody Harrelson go buckwild on the undead? Maybe? Oh well. On to the next one.

On the positive side of the sequel spectrum, it looks like we might be treated to a new Jurassic Park in the near future. Captain America director, Joe Johnston tells Screenrant, “The most important thing I can tell you is that it starts a new trilogy that goes off in a different direction”. Essentially Jurassic Park IV should serve as a prequel to the previous films and take on a new storyline. Here’s wishing for gun-toting raptors and the death of the overly neurotic Jeff Goldblum.