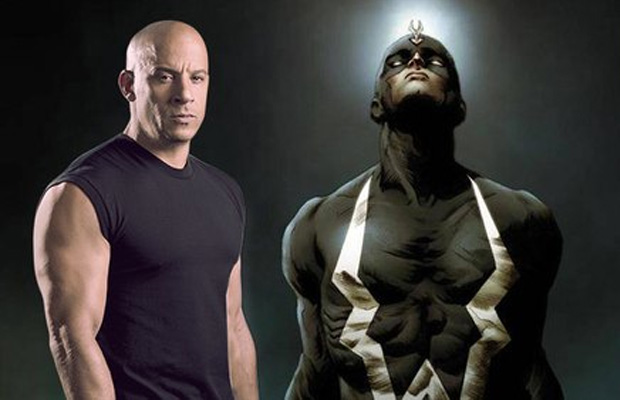 The lineup of Phase 3 of Marvel’s Avengers Initiative will feature more of the cosmic aspects of the Marvel Universe considering that the big bad of Avengers Universe hails from the deep recesses of space. Among the installments that constitute Phase 3 is Inhumans, another obscure group of the Marvel mythology who will have their chance to debut on the big screen and this project is of great interest to Vin Diesel. Diesel already has a role in the Avengers Initiative as Groot, the talking tree member of the Guardians of the Galaxy, but Diesel is possibly looking for more and a role in the Inhumans could offer more for the Fast and Furious star to contribute.

“Inhumans” will follow a race of highly advanced humans who live in a city which is the result of a Kree experiment. They have developed special powers, and this specifically follows the Inhuman Royal Family with Black Bolt the leader.

Black Bolt is a powerhouse in the Marvel Universe. He’s a man of few words but that is by choice because if he were to speak, let alone utter any type of sound at all, the sonic vibrations would become so powerful everything around him would be reduced to dust. No wonder Vin Diesel is excited about this project or a character so bad-@$$!!