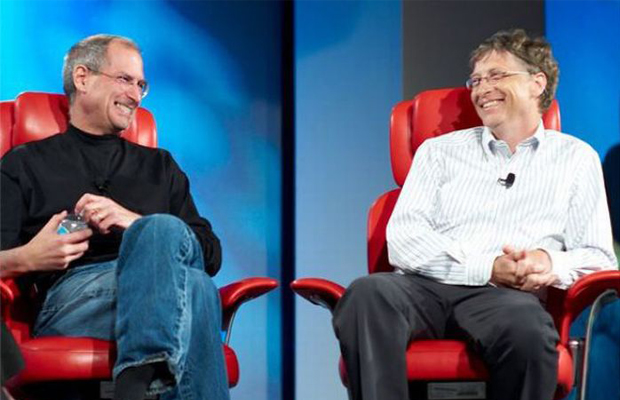 The rift between the two tech goliaths has lingered for several years. But during Steve Jobs last days, frenemy Bill Gates paid an unannounced visit to the former Apple CEO’s house to bury the hatchet. During an exclusive video interview with ABC News and Yahoo (which you can view below), the Microsoft kingpin reflected on his comrade’s passing and the rivalry between the two, along with his recent philanthropist work saving young lives and fixing US schools. Here’s an excerpt of what Gates had to say about his bud:

“He and I always enjoyed talking. He would throw some things out, you know, some stimulating things. We’d talk about the other companies that have come along. We talked about our families and how lucky we’d both been in terms of the women we married. It was great relaxed conversation.”

He also touched on the personal affect he’s dealt with during Jobs death:

“Well, it’s very strange to have somebody who’s so vibrant and made such a huge difference and been … kind of a constant presence, to have him die…It makes you feel like, ‘Wow, we’re getting old.’ I hope I still have quite a bit of time for the focus I have now, which is the philanthropic work. And there’s drugs we’re investing in now that won’t be out for 15 years — malaria eradication, I need a couple of decades here to fulfill that opportunity. But, you know, it reminds you that you gotta pick important stuff, because you only have a limited time.”