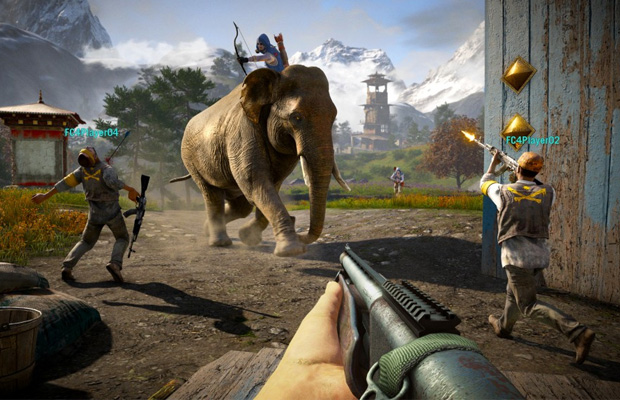 The latest DLC release for Far Cry 4 known as Overrun has been officially released on all available markets for players, except PC which is to be released on February 12th. Ubisoft has come out and revealed the details for this DLC that includes a new PVP mode where players fight over designated territories located on the map, to score points with the winner being decided after two rounds on who has the most points. This mode also comes with new maps to play on, as well as a brand new vehicle for use the Dune Buggy. This DLC was and is still listed under the Far Cry 4 season pass, so players can grab this new DLC and the other two known as The Syringe and The Hurk all at once.