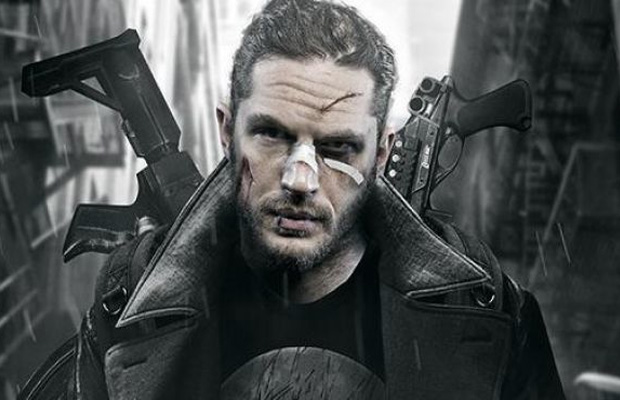 Hollywood’s new action star is certainly making waves in his upcoming role in Mad Max: Fury Road as Max Rockatansky. After speaking with Collider, when asked about superhero films, Tom Hardy answered he was interested in one particular character stating the following: “I want The Punisher… I want The Punisher, or Splinter Cell, I want something…I don’t know what I want.”

The Punisher is a cult classic with war undertones. Maybe this kind of material attracts Hardy- Mad Max is along the same lines. Although, Hardy was signed on for Suicide Squad, he had to drop out. This Marvel franchise could be his chance at being in a comic book film. Hardy quickly laugh dismissing the idea because he is merely 5’9”. However, he has already in the works developing Splinter Cell. Hardy is more like going to add to his roster of impressionable characters. Mad Max is an iconic hero but who says any actor has a one hero limit?