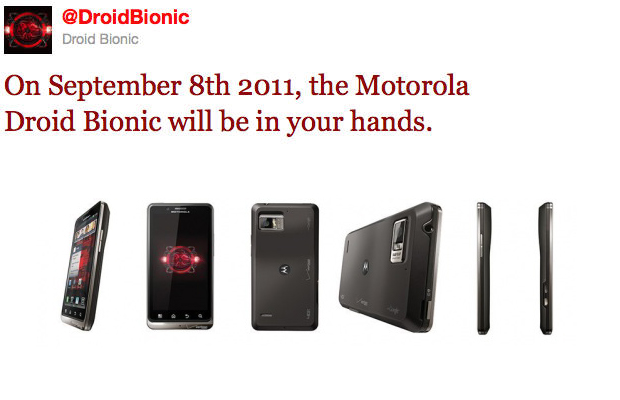 Since its unveiling in January, the Motorola Droid Bionic has been continuously pushed back due to software, and hardware issues. Now Motorola made announcement, via Twitter, that their most powerful Droid phone will be hitting stores in about two weeks on September 8th. The high-powered spec sheet includes a dual-core processor, 4G LTE service, and an 8MP camera with 1080p HD video recording. Moto had launched the phone’s product page on its site, but took it down over the weekend for unknown reasons. Probably pissed off Verizon by spilling the beans earlier than expected, but who knows. Pre-orders are expected to be taken soon, and we’re pretty stoked to get our hands on it.