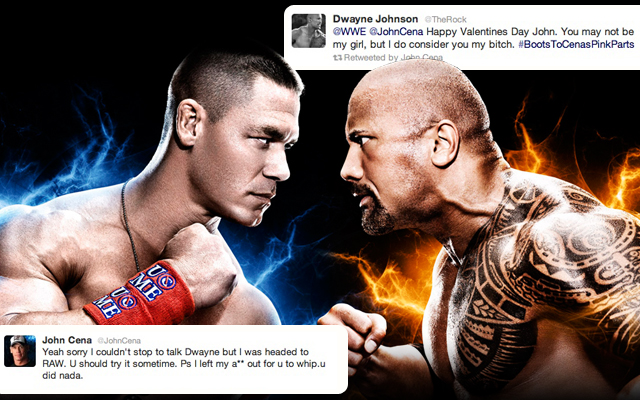 The WWE’s spent the past the year hyping its main event match between John Cena and Dwayne “The Rock” Johnson, pitting these real-life enemies against each other on the grandest stage of them all: WrestleMania XXVIII. But during this time period, the two grapplers have managed to wrestle as a team, bury each other live on Monday Right Raw, and start a hilarious, yet serious Twitter war. And unless you’re a social media conformist, you’ve practically missed out on the brutal tweets exchanged between the wrestlers. It’s time to catch up on the beef before watching the big match. Here is a look at the 40 Best Tweets From the John Cena and The Rock Twitter War. Ding, Ding, Ding!