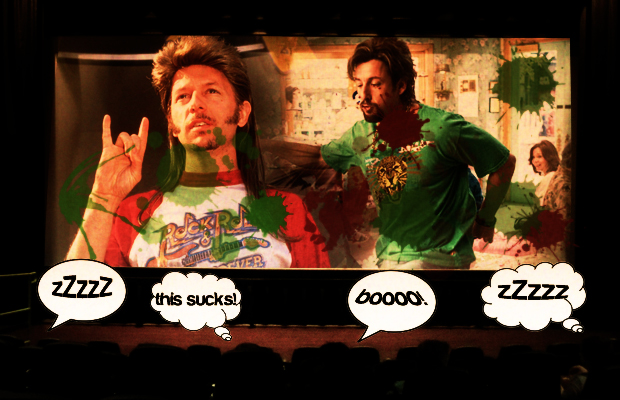 You don’t have to be a film critic or avid filmgoer to know that the Happy Madison produced Bucky Lasron: Born to Be a Star looks just as awful as its irritably annoying and witless commercials. Hit up film review aggregation site RottenTomtoes.com and you’ll probably notice there are less than 10 reviews up there: all negative. Then again, that shouldn’t come as no surprise, especially if you’ve endured any of the 25 plus films Adam Sandler’s production company has produced, which mind specialists would probably agree have contributed to society’s IQ plunge.

Now don’t get us wrong. All cynicism aside, Happy Madison has created some entertaining pictures throughout the passed 12 years. Aside from 50 First Dates, and maybe Little Nicky, nothing else comes to mind. But as cinema experts, we know an atrocity when we see it. So if you’ve been brainwashed by those ridiculously absurd TV ads to head out this weekend and drop admission fare on Happy Madision’s latest flop, take a look back at production camp’s most unmemorable films. That should hopefully knock some sense into you. Here’s the 10 Worst Happy Madison Films Ever Created (So Far). 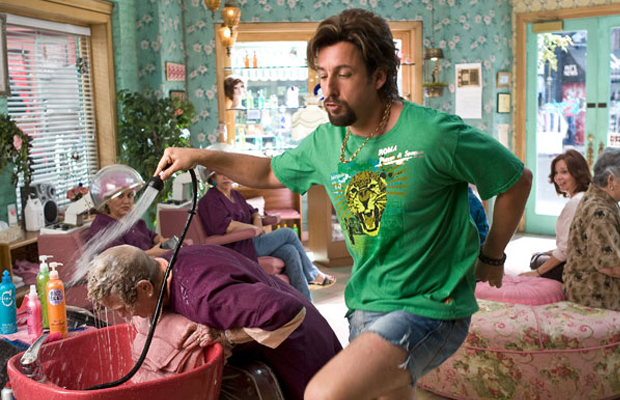 Poor Zohan gets sick of fighting in the Israeli army as a counter terrorist and decides to pursue his dream of moving to the USA to become, of all things, a hairdresser. While the idea might provide for menial laughs on paper, its onscreen execution was nothing short of horrendous. There were intermediate laughs throughout the slapstick comedy, to say the least, but the film’s jokes came off as if a five-year-old had written them. Maybe this was comedy-scripting practice for Sandler’s seed. We get it: Israeli’s are different. But there’s nothing hilarious about watching Sandler perform pseudo-martial arts moves in cut-off shorts. 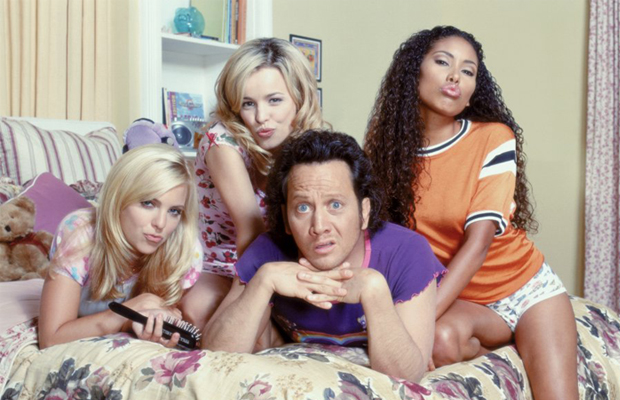 Dressing up in drag is one thing, but acting as a teenage bombshell while still in the physical form of a man, that’s just monstrous and downright retarded. The Hot Chick pokes fun at the would-be female antics in the standard sophomoric tone most Hollywood comedies do, but for some reason this film managed to make it almost unbearable to endure. It was like Freaky Friday meets Sweet Valley High, except with Rob Scheider. That says it all right there. We’re positive Rachel McAdams regrets this one. 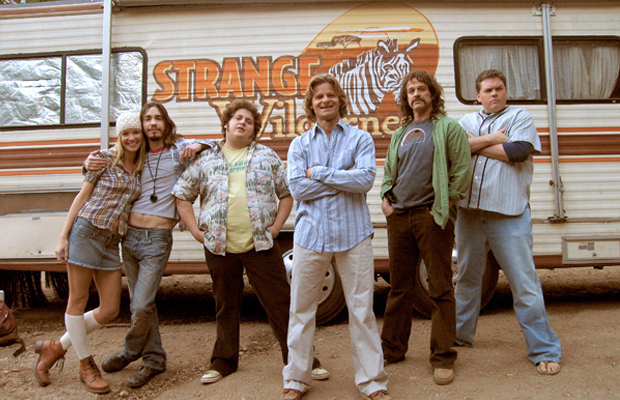 Despite its well-known cast of funny guys including Steve Zahn, Jonah Hill, and Justin Long, this stupid, stoner flick about a TV-show crew that enters the wilderness in search of Big Foot was critically panned by both film journalists and viewers. The idea of having the characters do outlandish voiceovers for animal documentaries is rehashed material, while lame pranks like having Hill sport a thong and giving Long tattooed eyes on his lids scream puerile. Even watching the film while blazed up on that cheeba cheeba might break you from your high. 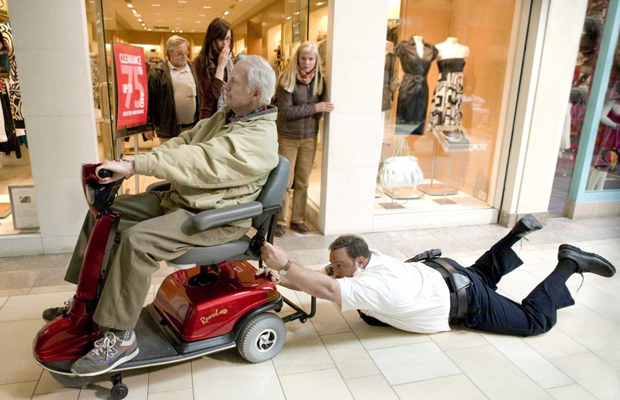 Hey look: It’s the guy from The King of Queens in a movie about an overweight mall cop that must save the shopping district from a gang of criminals. This has classic written all over it. Right? Ha. Anyone can see how a rent-a-cop’s dedication to his underwhelming job can be quite hilarious, but Kevin James elephantine stunts and over-the-top physical humor quickly labeled him the poor man’s Chris Farley. That’s not much to brag about. 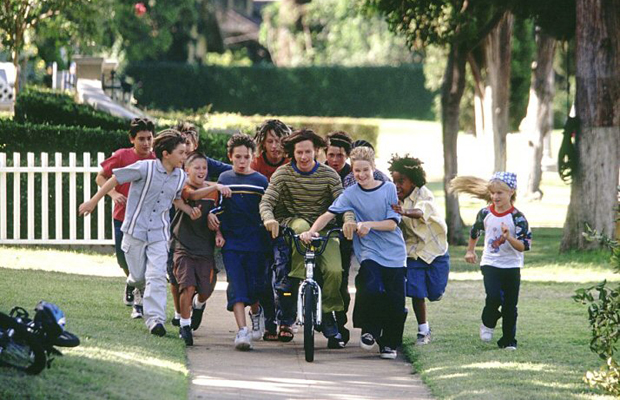 Let’s be honest here, the last good film David Spade starred in was Disney’s The Emperor’s New Groove. And that was voiceover work. Seriously though, who isn’t familiar with the tale of an overworked child star that grows up to be an utter Hollywood failure? You can watch VH1 and get more entertainment, and laughs, than watching Spade’s character share the same tiresome and unadulterated sarcasm towards the likes of other child-star F’ups like Leif Garrett, Dustin Diamond, and Todd Bridges. Even with the exorbitant amount of random cameos, and having the hot Alyssa Milano as the female lead, Dickie Roberts is a vehicle for endless dirty jokes that couldn’t even get a rise out of Andrew Dice Clay. Oh! 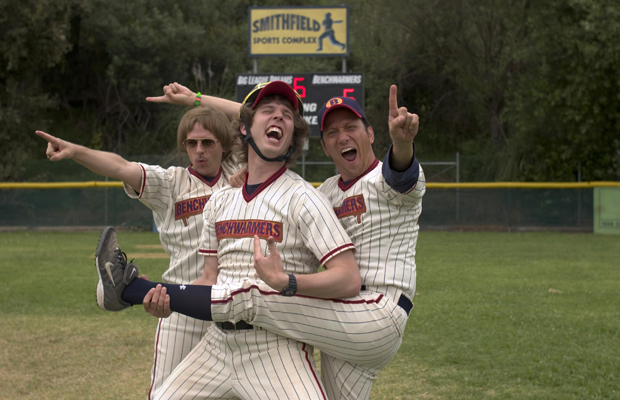 This sports comedy brings together three grown losers who make up for missed childhood opportunities by forming a three-player (yes, three-player) baseball team to compete against legitimate little league squads. Are you surprised by the end results? We weren’t. The only laughs found here were from Spade’s sissy, Jewish mom-like haircut and Schneider’s attempt at some emotional acting. Saddest part, Napoleon Dynamite one-hit-wonder, Jon Heder, made his co-stars look like Oscar nominees with his dunce-like appearance. If there was ever a reason to revisit your childhood aspirations—this isn’t one of them. 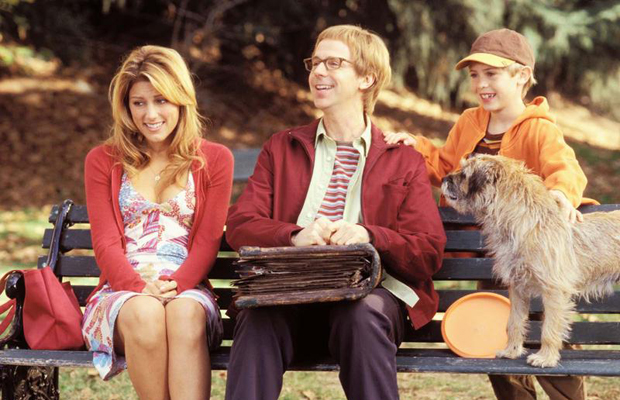 4. The Master of Disguise

Dana Carvey’s responsible for some of the greatest impersonations ever done on television during his 90s stint on Saturday Night Live. Yet somehow he made his way onto this crapper about an expert disguise wiz with inherited powers that transforms him into dozens of characters, helping him save his parents from an evil smuggler. In the end, it just seems like a haphazard attempt at spy comedy featuring one too many embarrassing and uneventful impressions. If anyone took their child to see this film, and they came back drooling and dumbfounded, it would be of no surprise. 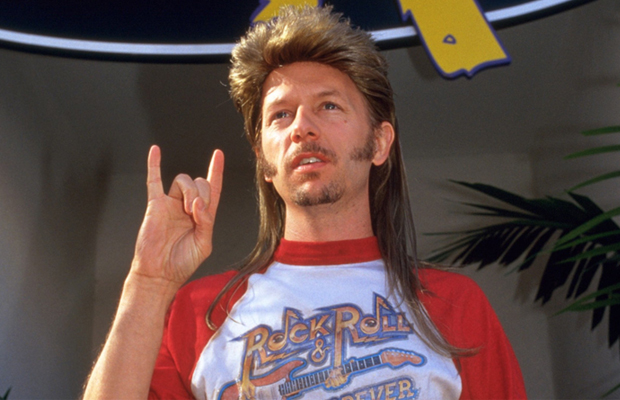 David Spade as an idiot hillbilly janitor that searches for his parents, who abandoned him at the Grand Canyon as a baby? Really? Dude can barely pass himself off as a sex symbol in real life without flaunting his TV credentials and high-salary pay towards any hot woman that steps his way. We couldn’t figure out which was worst: the ridiculous wig mullet or the script. Aside from the horrible plot and character development, the only viewing pleasure here is Brittany Daniel as the Daisy-Duke laced southern belle. Dennis Miller says it best in the trailer: “What’s the story here? I’m a white trash idiot.” We only call it like we see it. 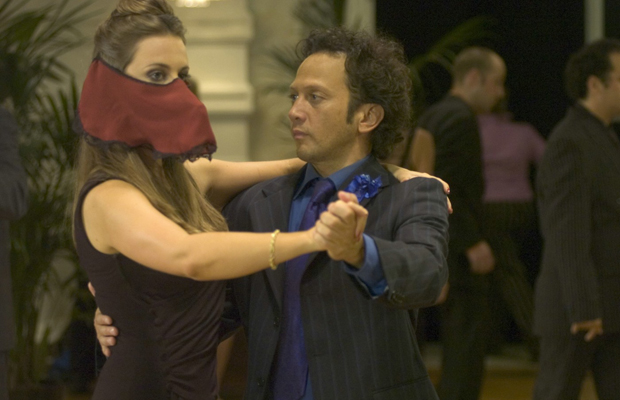 Schneider practically struck Hollywood fool’s gold when the first Deuce Bigelow garnered a faithful following and became a box office smash, pulling in $92 million in the states: even with horrendous reviews. So it was a no-brainer, six years later, to bring everyone’s fictional gigolo back for a superfluous sequel that placed him in Europe to sell his “mangina” to more freakish and undesirable women. Thumbs up on that one guys. Seriously. Unfortunately, whatever wanton and gross-out laughs’ Schneider was attempting to sell wasn’t worth the $10, or free admission, to sit through this calamity. Newsflash people: Rob Schneider isn’t funny. 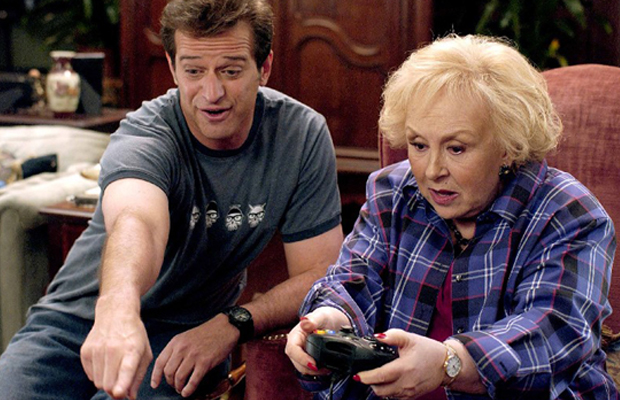 If you haven’t caught onto the game already, then you’ve already come to the realization of Sandler’s casting antics, which consist of his homeboys and comedic counterparts reappearing in 90 percent of all HM films. While Grandma’s Boy kept the billion-dollar comedian behind the scenes, it was someone’s incredible idea to attach BFF and standby regular, Allen Covert, as the lead—playing a 35-year-old accountant who quits his job to pursue his lifelong dream as a video game tester for Game Informer magazine. While diehard gamers live and die by the film for its cultural gaming roots, it doesn’t take the casual or avid player to understand how horrible this film is. Bad timing, lack of star power, mindless humor, cradle-snatcher innuendos…20th Century Fox needs to dump this in the same landfill Atari dumped its 2600 E.T game in.