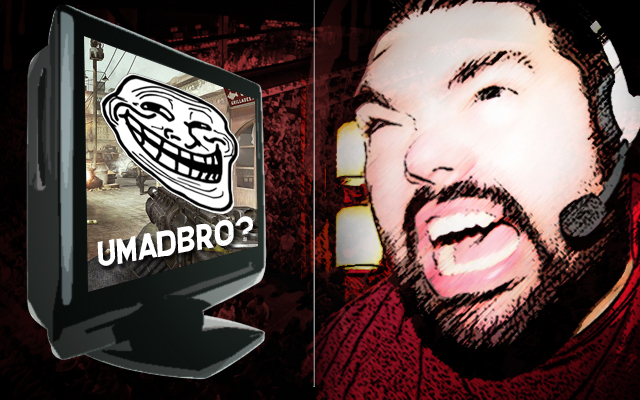 Online gaming plays host to millions of gamers, with each multiplayer title developing for its own community and decorum. And by the latter we mean an unspoken code of ethics practiced between players. Whether you’re linking up with buds on the latest Modern Warfare 3 DLC map bundle or engaging in side quests with complete strangers on World of Warcraft, we all share a level of respect with the virtual populace.

But seeing as how anyone with a next-gen console (or PC) and a headset can easily join the party, the probability of playing with an unbearably annoying gamer has surged. From shameless cheats to trash talkers, even amateur players, these tampons come in several types—each one leaking a heavy flow of exasperation and ruining the multiplayer experience for all. We can relate. So before you log onto your Xbox Live account, here’s a rundown on the 10 Most Annoying Types of Multiplayer Gamers You’ll Encounter Online.

Headsets do make for the perfect communication tool amongst player circles. But who wants to hear a kid arguing with his mom in the background about doing homework and how she’s messing up his game? C’mon. It disrupts the contest, and besides, no one’s trying to talk over anybody in the heat of an online battle. Hold that convo with your buds for a second and mute your microphone so everyone isn’t forced to eavesdrop on your private discussion. A lesson this clown should take heed to.

OK. Your team just obliterated the competition. Yet even after suffering an embarrassing defeat, for some reason, there’s always that one person who’s willing to challenge you to a 1-on-1 match (in a team-based game mind you). Best of all, if you reject the challenge, well, you’re branded a puss. Logic fail.

Why, oh WHY, would anyone join a multiplayer game if they aren’t going to touch the controller? It forces a team to work with one man down, eliminates the possibility of another gamer taking their place (unless they get booted), and gives the other team free kills or easy points. And it doesn’t help their record either. Do us the solid and don’t enter the kill arena until you’re suited for combat, n00b.

Team Killers come in two flavors, though both are equally annoying. On one side there are the rookies who most of the time don’t mean to chafe us the wrong way. Then there’s the actual jerk-offs that do. The former are usually new to the game or aren’t accustomed to friendly fire, but the irony of playing with these guys is they always seem to find you at the worst possible moment. How about during an awesome killing spree? Not if that random grenade has anything to do with it.

Familiar with that one spot on the map you just so happen to get killed at every time you step near that area? Common sense should tell you you’re being picked off by someone just parlaying in the cut—a camper for lack of a better term. Oh, you know him. Lounging in a corner throughout the entire game and waiting for anyone to come by and…you get the picture.

Back in the days your level or rank demonstrated your skill level. Today, it only shows how much time you’ve devoted to a game. Rank is no longer determined by how great you perform in matches, but by what you accomplish over time. If someone just sits around and plays, now matter how much they suck, they’ll level up just like the rest of us. How can this guy be a 73 and not know the map layout? How did this dude get to level 92 without knowing how to wall bounce? Why is this maxed-out player such a bum? Some things you just pick up by actually playing a game. The whole ride can’t be a freaking tutorial. 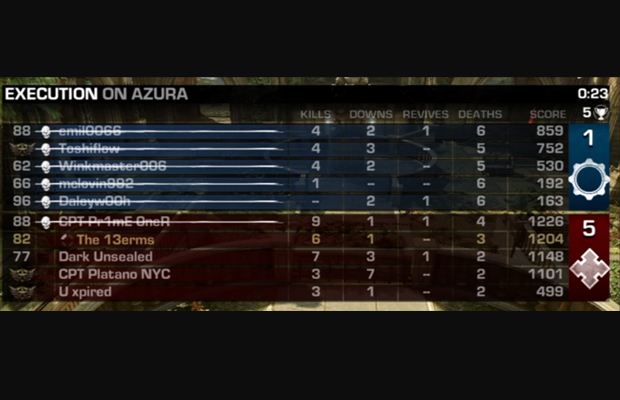 Multiplayer mode is a competitive environment. And that’s cool. But when someone starts yelling in frustration because the game isn’t going his or her way, that’s just child’s play. Seriously. It sounds like someone is in an ALL CAPS RAGE!!!!!!!!! We’d like to think if the team’s losing, they’re pretty aware of it judging by the scoreboard. They’ll share the same resentment. And that’s usually the cue to hit the mute button. Man up.

There are only so many power weapons found on a map (depending on the game) and each one requires a different level of skill to use effectively. So why the hell is the same loser grabbing the sniper rifle if they absolutely have nothing to show for it? Because they spawn in front, that’s why. Someone else can call dibs on a weapon, but ultimately, it’s up to whoever spawns ahead of the crowd and makes the decision to take or give up the goods. Not cool. 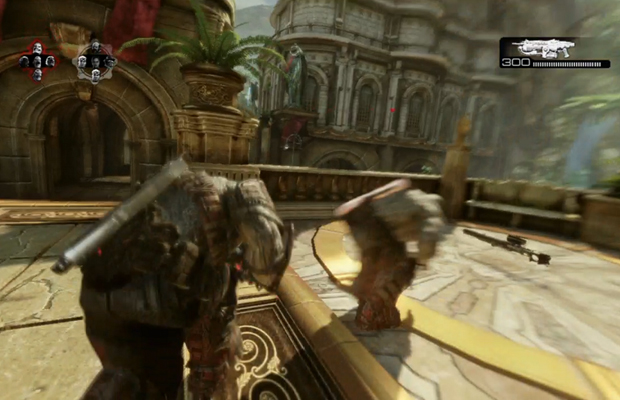 The griefer’s sole objective is to harass: for annoyance sake. Sometimes this can actually make a game more entertaining, just by performing outrageous stunts such as chilling with opposing team members. But they can also make things real stupid pretty quick. We’re talking about gamers that can make team killing resemble an art form by using some really creative methods to “grief” other players. Depending on your sense of humor, you just might want to back out and find a new lobby.

By far the most annoying person or stable to encounter when engaging in online warfare is a cheat. Bridgers can make themselves hosts in matchmaking lobbies for an advantage, while most tricksters use in-game exploits and glitches to gain the upper hand. Hiding in walls and under the map seem to be popular these days. Don’t even get us started on hackers. It’s immoral. Really, is it that much fun to remove any and all challenges from a game, thus ruining the experience for everyone involved? Maybe. But getting banned for engaging in these acts isn’t.