Seems like Warner Bros. is really keen on getting the Superman franchise off the ground, again. With Chris Nolan already attached as a consultant, now comes the news that “Batman Begins” and the “Dark

Someone had to step in to give Superman that much needed reboot it deserves, and that person is Batman savior Chris Nolan. Deadline Hollywood Daily reports that Warner Bros. has requested the services of

Whose side are you on 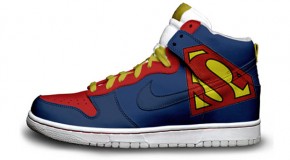 The Man of Steel Being Recast?

Though it was the biggest grossing and critically acclaimed Superman film, it seems Superman Returns did not live up to the expectations of Warner Bros. or the DC fans. So with talks of a