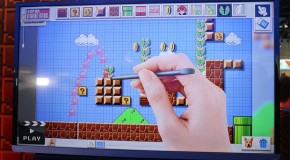 Guess we'll see if friends can beat your own Mario levels