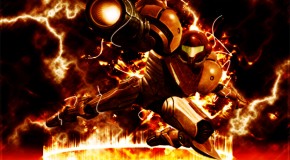 For those who didn’t know, Samus was once young…and apparently naive

If you’ve been trying to purchase Metroid Prime: Triology, Nintendo has unfortunate news: it’s no longer in stock. Better news: it’s only available from 2nd or 3rd party vendors on Amazon.com. If you went

Day 2 of E3 brought out handheld kingpin and motion-control trendsetter Nintendo, who introduced some of the most shocking surprises thus far. New titles for the Wii and DS, along with an interesting DSi