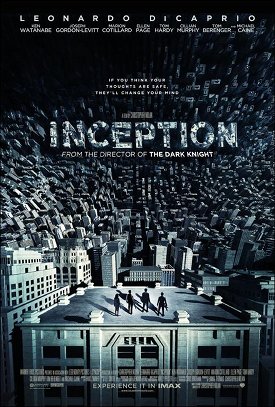 Those wondering what’s with the new Inception film poster—it’s not the DVD or Blu-ray cover—it’s just an alternative poster. Interesting, but on to the bigger story. Director Christopher Nolan recently sat down with Wired

They literally fired her before the second Twilight film began production, but its all good for director Catherine Hardwicke. Now she’s attached to direct the gothic retelling of Little Red Riding, titled The Girl