Superman is Metropolis’ Public Enemy No. 1 in ‘Dawn of Justice’ 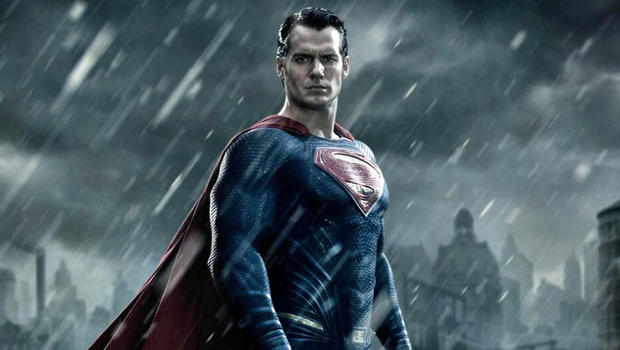 At the end of Man of Steel, the city of Metropolis was decimated by the battle between Superman and Zod. Apparently the citizens of Metropolis aren’t exactly hailing the last son of Krypton as their shining hero who saved them from the alien menace. In fact, if the rumors regarding the plot of Batman v. Superman: Dawn of Justice are true, Superman is no better than Zod and his army and he cannot be trusted as a protector in the eyes of the survivors of the battle of Metropolis. According to reports, images have been leaked regarding what the people of Metropolis think about the Man of Steel.

we have a bunch of protesters carrying the likes of swastikas, signs saying “Super-Death”, and alien masks on sticks. Though we can’t see them in these pics, there are also some people wearing “Superman Survivor” t-shirts apparently. This all points to a LOT of negativity geared towards Superman obviously, and suggests that the rumors of public outrage after his part in the destruction of many a building in Metropolis are true

These reports and images actually meld with reports regarding what the film has in store when it comes to Superman’s legendary nemesis, Lex Luthor. Jesse Eisenberg revealed that his incarnation of Luthor sees Superman in the same light as the majority of Metropolis; it wouldn’t be much of a surprise to think that Luthor is leading the charge to turn the public against Superman.