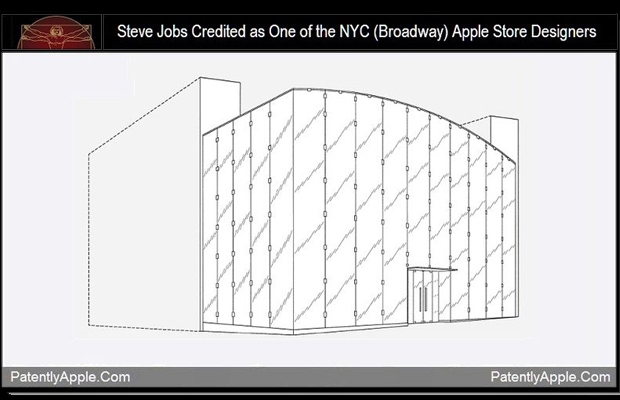 The US Patent and Trademark Office recently granted a design patent for the Apple Store in the Upper West Side of NYC, which credits Apple icon Steve Jobs as one of its designers. Having played an instrumental role in most of the Cupertino Clan’s product designs from the Mac to the iPad, the tech icon helped envision the Apple’s chain stores with six other designers. Other credited designers include Karl Backus, Peter Bohlin, George Bradley, Robert Bridger, Benjamin Fay and Ronald Bruce. Pantently Apple had first claimed the trademark approved on Nov. 15, 2011, was for the Apple Store in Paris, but made a mistake between the two store designs:

Update 9AM MST: Opps, we apparently goofed. The design is in fact that of the Upper West Side Apple Store in New York that uses Hanger Glass – and not that of the store in Paris
!).

Read more on the patent over at Pantently Apple.