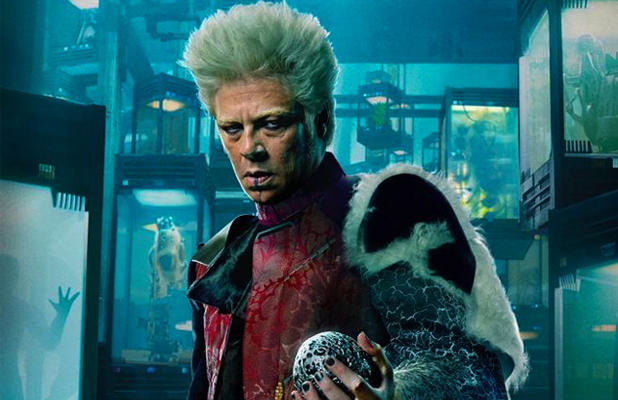 I could be wrong but I think one of Benecio Del Toro’s first acting jobs was playing a Bond sub-villain during the Timothy Dalton era. Since then, he has become a respectable figure in the industry, earning an Oscar win and a few other accolades now and then. Now he’s back in circulation again thanks to signing up for the role of The Collector in the Avengers Initiative; debuting his character in Thor: The Dark World and reprising his character in Guardians of the Galaxy. Now Del Toro has a chance to go back to his roots, in a manner of speaking, but in a galaxy far, far away.

Benicio del Toro has the offer to play the villain in Star Wars: Episode VIII, multiple individuals familiar with casting process have told TheWrap. Discussions are still in the very early stages, but Disney and Lucasfilm are high on the Oscar-winning Traffic star.

Disney is certainly unafraid to use their connections with Marvel to make a casting choice like this happen and it would boost Episode VIII’s appeal considerably, even though not much is known about Episode VIII except that Rian Johnson is directing.