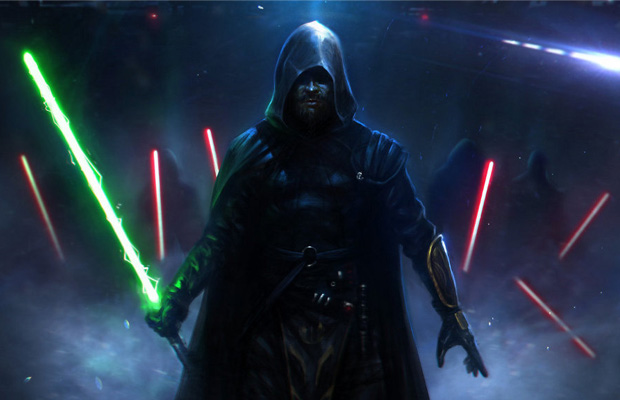 In production for the past two years, Star Wars: Episode VII has become one of the industry’s most anticipated sequels in years past. Now part of the Disney family, fans continue to wonder what J.J. Abrams final product will look like once hitting the big screen next holiday. Looks like we might not be waiting any longer for our first glimpse of The Force Awakens, as a new report surfacing online suggests we’ll see a brief trailer of the film soon.

Devin at BadAssDigest touches on what he believes the visual will be:

[I]t’ll be short. And when I say short, I mean one minute long. It’s going to have The Force Theme played on woodwinds, softly, over flashing images of the main leads, each fading to black. There’s no dialogue, just reveals of the characters. And then the music swells up into a full orchestral piece – perhaps what John Williams recorded this weekend? – and we hear a female voice, likely Daisy Ridley’s, saying “Wake up.”