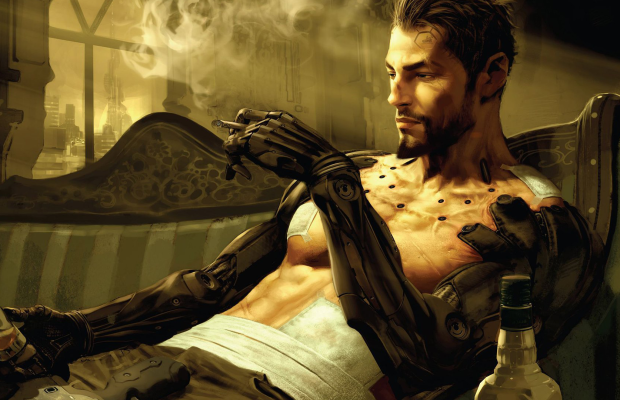 It has been a staggering 4 years since Deus Ex: Human Revolution. I’ll let that sink in real quick… 4 years since we experienced the epic and awesome nature of the Deus Ex revival. Now, Square Enix, appears to be teasing at the next in the franchise.

Square Enix has started this program on Twitch called a Twitch ARG game titled Can’t Kill Progress, this has been dubbed by Square Enix to be an “interactive reveal”, much like PT for Silent Hill.

The game is a gradual interactive reveal of encrypted files with clues to the next project they will reveal (probably at E3).

The real reason we believe this will be another Deus Ex game is one of the pictures posted to their instagram account of a character with a cybernetic arm, which as many of you may know, cybernetics is the plot of the Deus Ex universe.

One thing is for sure, Deus Ex game or not, there will be a new Square Enix game revealed by the time Can’t Kill Progress is finished and that is always a good thing!

Be sure to stay tuned for more information regarding Can’t Kill Progress or go over to Square Enix’s twitch page and check it our for yourself!

It is most likely that this reveal will take us all the way down to E3 where most games are revealed so don’t be shocked if it takes longer than a month to fully flesh out the details of this Twitch ARG!