LG G4 to be Officially Unveiled on April 28th 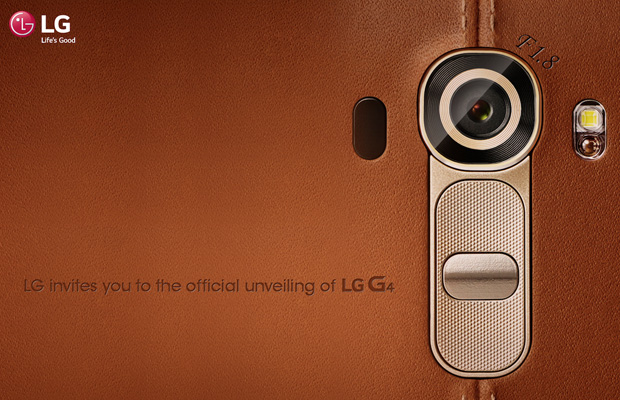 The invites are sent and the LG G4 is set to become officially official come end of April. Media will get their first look at the upcoming Android powerhouse on the 28th in New York City at 11am EDT.

LG has gone on to highlight some of the smartphone’s latest upgrades including the f1.8 camera lens Quad HD display and all-new LG UX 4.0 interface. The G4 follows last year’s G3, which garnered some of the best reviews of any Android phone, while boasting a spec sheet that left many smartphones not made by Samsung in the dust. Though like the recent G Flex 2, both phones have failed to spark interest from the massive consumer market.

Hopefully things will be different from LG this time around. The LG is rumored to launch sometime early May. Stay tuned for more details.