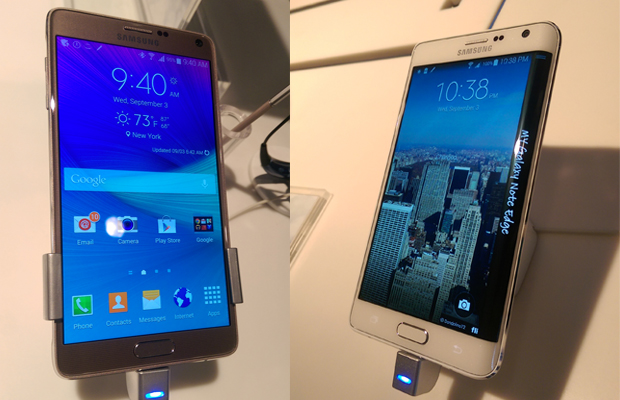 Samsung just wrapped up its annual Unpacked fall event, and as expected, announced the last model in its phablet series: the Galaxy Note 4. However, what industry experts didn’t anticipate was the revealing of two other flagship devices, which came in the form of the dual-screened Galaxy Note Edge and Galaxy Gear VR headset. While full spec sheets for all three products were not released, the company did manage to share a few details on each one.

The Galaxy Note 4 is set to sport a Quad HD Super AMOLED display that improves resolution and visuals, while carrying a 16MP rear camera and higher-pixel, front-facing camera said to make for “selfies with even more people!” In addition, its signature S-Pen accessory will now work similar to a mouse and provide a more intuitive navigating experience across Samsung’s multi-window feature and UI. 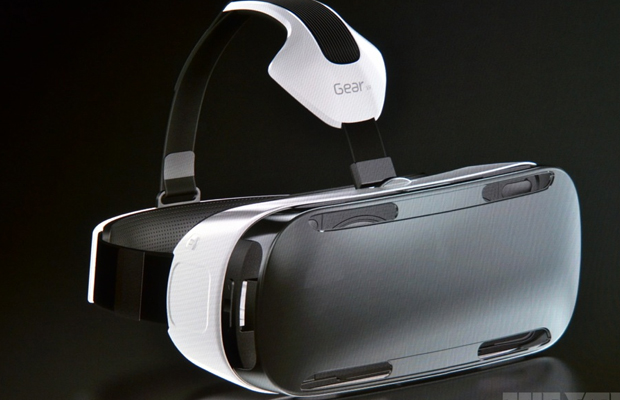 Probably the biggest stunner of the group, the Galaxy Note Edge has a curved display near the right of the handset, which serves as a notification bar for top-priority updates like emails, Twitter trends, and the weather. The display can also be customized to shoot out all other types of alerts. Samsung will be opening an Edge SDK for developers to create new software that takes advantage of the innovative technology. Overall, it looks pretty chic and runs impressively smooth.

Lastly, Samsung’s long-rumored virtual reality headset, the Galaxy Gear VR, is now official as well. Partnering with Oculus VR on the project, the Android kingpin looks to push the boundaries on mobile virtual reality by delivering third-dimensional visual across several media platforms (movies, games, etc.) with the Galaxy Note 4 spearheading the entire experience. Having tested the Marvel app, which places users in Tony Stark’s lab with J.A.R.V.I.S. feeding you directions on interactive areas, we felt it left little to be desired.

Both Note devices are set to launch sometime this fall, while no exact time frame has been mentioned for the Gear Fit. Which Note are you picking up?