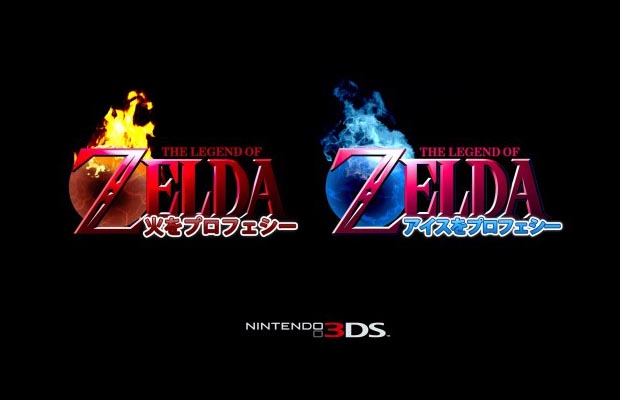 With the Orcarina of Time 3DS remake and the Wii’s Skyward Sword pulling in its share for Nintendo this past holiday season, a new rumor circling the Net points at Link having not one, but two new adventures on the horizon for the Big N. We could only wish that Nintendo has plans of remaking the beloved Oracle of Seasons & Ages games from the Game Boy Color, but Screw Attack discovered this lead image over at 4chan, which shares the kanji subtitles “Fire Prophecy” and “Ice Prophecy”.

Sure, the image looks like great Photoshop work, though an interview with Nintendo game director Eiji Aonuma back in November quoted him on a new Zelda title hitting the 3DS soon: “We are already preparing a new game, a game in the series for the Nintendo 3DS, but don’t think that it is a direct sequel to the Zelda titles released on DS. We are talking about a new game, but it takes much of what has been done on previous consoles.”

In addition to Aonuma’s interview, IGN writer Sam Claiborn went on record saying there could be two games in the works: “Nintendo is working on at least two other Zelda games right now, and I can’t wait to see them.” Again, we’re dealing with speculation for now, and nothing is confirmed until Nintendo says so. Will E3 2012 serve as the perfect time to announce two new Zelda 3DS games? Rhetorical!