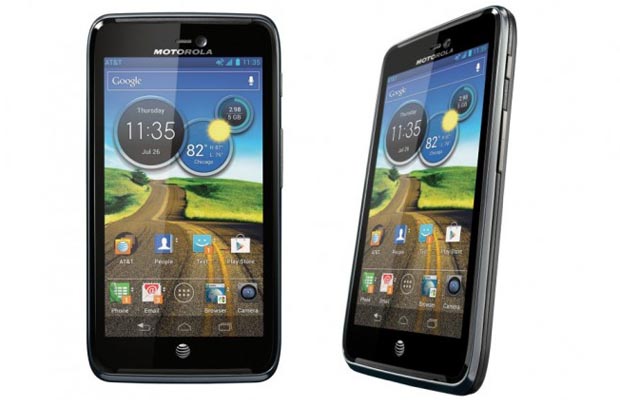 Carrier: AT&T
Price: $100
Motorola’s made phenomenal strides since adopting the Android platform. Its Droid lineup speaks in high volume, along with its most prized AT&T phone to date: the Atrix. But somewhere down the line, the company lost touch with the Atrix series, failing to meet high expectations after launching its disappointing successor, the Atrix II, last fall. The mobile hardware giant hopes to right the ship with the release of the Atrix HD. Maintaining the robust software and sleek look of the Droid series: Does the Atrix HD have the goods to make the series an elite threat on the Android scene? And most importantly, is it the major upgrade we’ve been anticipating?

It’s hard winning over a mobilephile that’s pro-Samsung Super AMOLED, but the Atrix HD’s 4.5-inch, 720p LCD display makes a strong case for one of the top smartphone screens out. The high-def display puts the RAZR’s qHD screen to shame, producing sharper pixel density (960-by-540) and brighter colors. The manufacturer brings along its “ColorBoost” feature, a new technology Moto is claiming boosts color vibrancy. It’s noticeable when watching Netflix videos, but that seemed to be it for the most part. Text and images are also clearer on the screen. 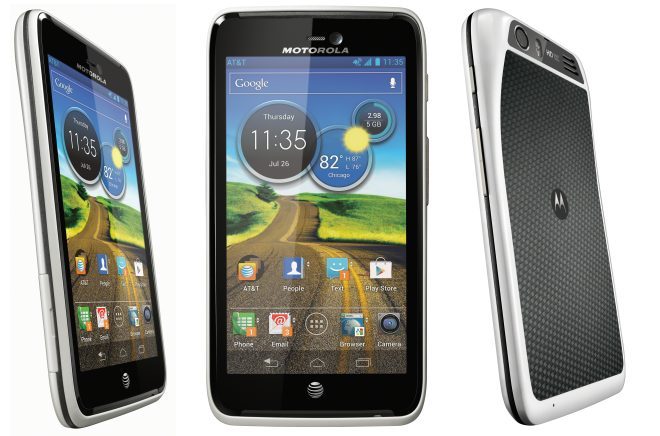 We’re not looking at a quad-core CPU under the hood, but the 1.5GHz Qualcomm dual-core works up a sweat on the multitasking end. Navigation is fluid, apps and menus launch quick, and multimedia files play smooth. Having several apps in the background doesn’t falter the phone’s performance, as the additional 1GB of RAM boosts the interactive speed. So proceed to bumping music, playing Angry Birds Space, and tweeting simultaneously. Just keep in mind battery life.

Speaking of which, Motorola’s Smart Actions feature is a godsend for battery life mongers seeking extra juice—initiating smartphone commands to help boost energy. Another dope facet is the Circles widget: displaying the clock and weather, along with a smaller widget that can be switched between data usage and battery life. There’s also a custom Maps mode, which can be combined with the former to set up auto-responses for callers and texters, and works side-by-side with the phone’s Driving smart action-based widget. 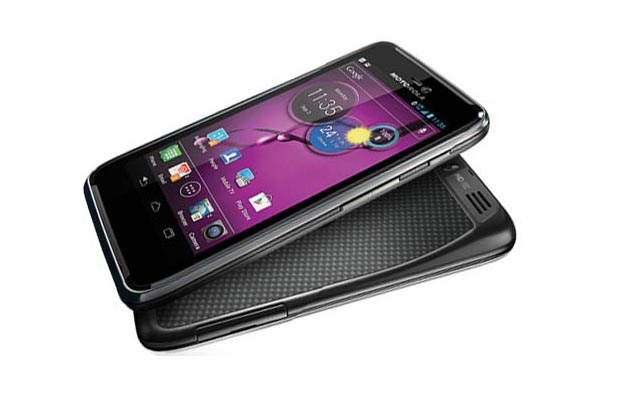 Motorola doesn’t have the greatest track record when it comes to mobile cameras. Both Droid RAZR models and the Atrix II suffered from glitchy camera software, though the Atrix HD looks to have polished things up. However, the rear 8MP shooter struggles with photos and videos this time around. Captured images lack color and detailing both indoors and outdoors, while blurriness and stuttering seems to be a consistent issue in recorded clips.

We noticed some delays in Moto’s interface as well. The frame rate dropped several times when playing a few 3D titles such as Grand Theft Auto III. In addition, some of the widgets and the home screen animations limped occasionally. Needless to say, Moto’s interface could be held accountable for the handset’s hobble performance.

The Motorola Atrix HD fairs as a solid upgrade to the Atrix II granting faster benchmarks, a sleeker design, and marvelous display. Sure, it’s not as groundbreaking as the first-gen Atrix, then again, what could you expect from a $100 smartphone? In fact, the spec sheet alone proves the phone is worth nearly triple the amount in value. So at the unbeatable price of a Benjamin, you’re looking at a steal. Though the top Android options on the network is between the HTC One X and the Samsung Galaxy S III, budget breakers will find much to be desired with the Atrix HD.

Pick up the Motorola Atrix HD at AT&T