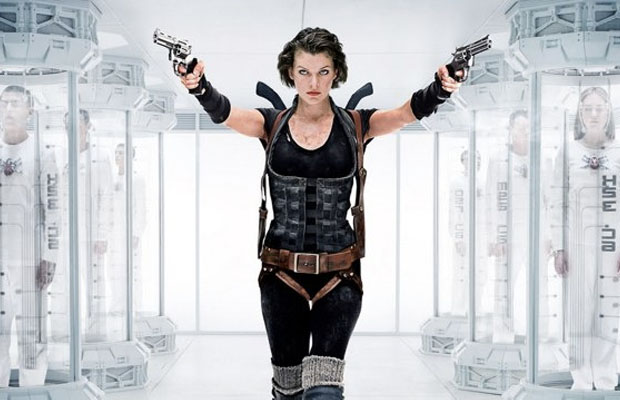 Zombie killing is going to have to wait a little longer, as reports say the next Resident Evil movie has been postponed due to Milla Jovovich’s pregnancy. The actress made the announcement Monday via Facebook. Milla and Resident Evil director/husband Paul W. S. Anderson are expecting their second child.

Here’s what Alice herself shared with fans:

“Between the stunt work and what will become my ever-expanding belly, we didn’t think pregnancy and zombie killing are the best combo! Lol! I imagine the only thing I’ll be killing in the near future is an endless supply of cupcakes. Yikes…”

The film will be delayed until the birth of their second child. Resident Evil: The Final Chapter will happen, just not at the expected time. Milla also said, “In all seriousness though, we want to make the best movie possible and that would be extremely difficult, to say the least, in my present condition.”

Well at least the film has been postponed for a good reason because absence makes the heart grow fonder.