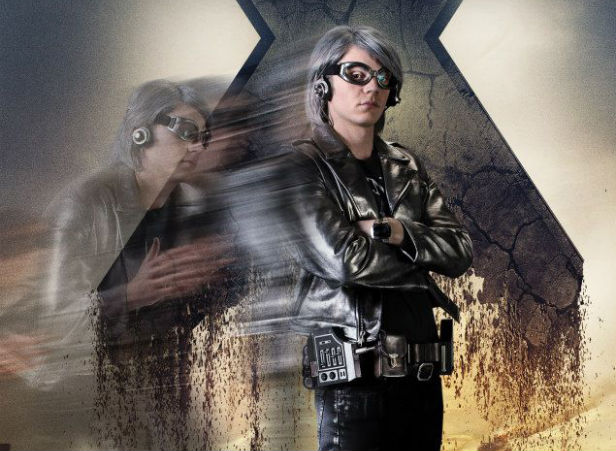 Evan Peters had a scene that stole the show in X-Men: Days of Future Past and it was something that left audiences wanting more. His turn as Quicksilver instantly made him a fan favorite because of his assistance in breaking Magneto out of jail. Anyway, Fox and Marvel are hard at work on the anticipated sequel, X-Men: Apocalypse which will potentially bring the younger incarnations of Professor X, Magneto and their two teams together once more to clash with the first mutant, En-Sabah-Nur aka Apocalypse and a new development has come to light regarding a particular character who could have a part to play in the next installment.

According to Days of Future Past second unit director Brian Smrz, Evan Peters will be back as Quicksilver in the upcoming film, scheduled to begin shooting in April.

Well, there will be another Quicksilver scene, which I’m looking forward to; that’ll be fun. Other than that, I can’t really say much.

In fact, Smrz also reveals that Quicksilver is a potential project that he would like to work on if he had the opportunity to direct a solo-outing for the mutant speedster.

We talked about Quicksilver before, I’d love to do a Quicksilver as a solo film because there’s a lot to enjoy with that character. But I’m not geared just towards superhero movies; for me it’s about great main characters, and finding movies that have that.

Right now, all that is known about X-Men: Apocalypse is that the story takes place a decade after the events of Days of Future Past and James McAvoy, Michael Fassbender, Jennifer Lawrence and Nicholas Hoult are slated to return, with Brian Singer confirmed to direct. Oh yea, there is speculation that Hugh Jackman will return as Wolverine and Channing Tatum will appear as Gambit. The film is scheduled for release on May 27, 2016