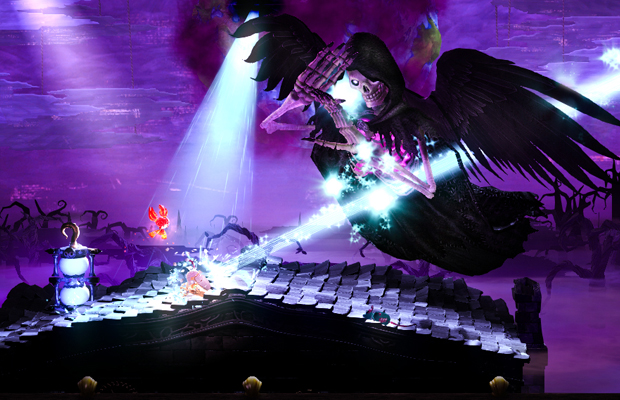 For a game that seems fairly easy, boss battles wind up being the most challenging part. Several stages require you to pay attention, as some fights require you to be spontaneous with button commands. And if you snooze, then you’ll lose a chance at attacking and be forced to dodge incoming attacks until given another shot. Over 13 boss battles are present with current weapons working on each one. 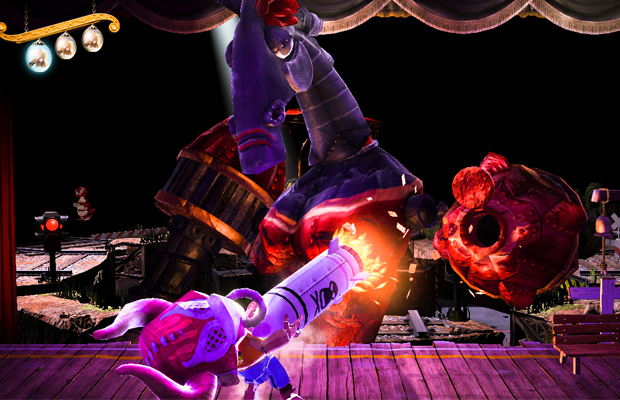 The game requires you to control two characters: Kutaro and Pikarina. Pikarina has the job of discovering items in the background such as new heads and coins to unlock hidden gems. It’s a nifty way to incorporate a sidekick, but the problem lies in controlling both characters. If anything, it’s a task in itself. You will be more focused on Kuatro to where Pikarina ends up being forgotten at times. There is so much going on that worrying about a secondary player causes you to miss out on additional items.