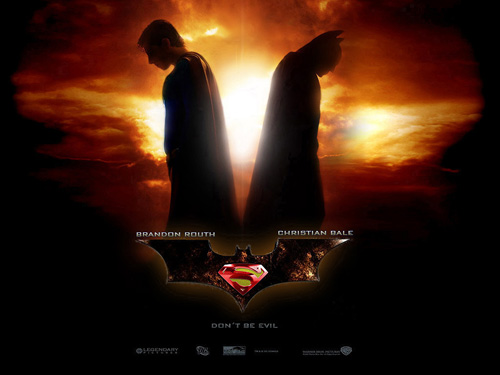 “Superman” consultant and “Dark Knight” helmer Chris Nolan has a lot of weight on his shoulders. Tackling two the biggest comic book franchises, Nolan is hard at work on the second reboot for the Man of Steel and Bruce Wayne’s third adventure. The “Momento” and “Batman Begins” director spoke with the Los Angeles Times recently and gave readers some insight on the development of both films.

With “Batman” alumni David Goyer onboard to write “The Man of Steel,” Nolan expressed his excitement on Clark Kent’s new direction:

“It’s very exciting, we have a fantastic story…And we feel we can do it right. We know the milieu, if you will, we know the genre and how to get it done right…“[Goyer] basically told me, ‘I have this thought about how you would approach Superman,’” Nolan recalled. “I immediately got it, loved it and thought: That is a way of approaching the story I’ve never seen before that makes it incredibly exciting. I wanted to get [partner] Emma [Thomas] and I involved in shepherding the project right away and getting it to the studio and getting it going in an exciting way.”

So what’s going on with the third Batman film? That’s what we really wanna know:

“I’m very excited about the end of the film, the conclusion, and what we’ve done with the characters,” Nolan said.“My brother [Jonathan] has come up with some pretty exciting stuff. Unlike the comics, these thing don’t go on forever in film and viewing it as a story with an end is useful. Viewing it as an ending, that sets you very much on the right track about the appropriate conclusion and the essence of what tale we’re telling. And it hearkens back to that priority of trying to find the reality in these fantastic stories. That’s what we do.”

Warner Bros. needs some reinforcements to combat the Marvel dynasty, especially with “The Avengers,” “Thor,” “Captain America: The First Avenger,” and a third “Iron Man” film in the works.