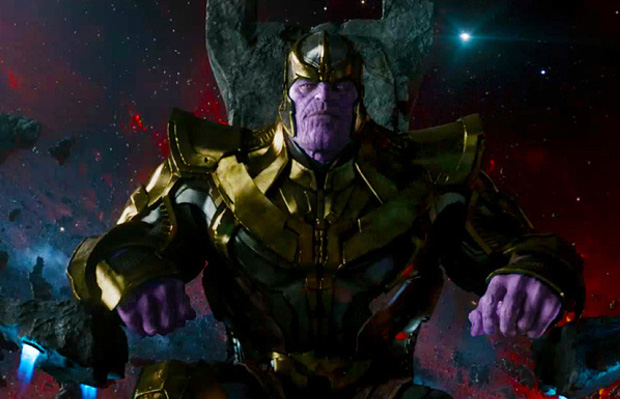 A few weeks back, Marvel’s President Kevin Feige talked with Cinema Blend about the new film Avengers: Age of Ultron which premiered in theaters this past weekend. Now that the film is out, the site was able to publish an article in which Feige discussed the brief mid-credit scene which revealed the Infinity Gauntlet in Thanos’ vault. The scene is a single shot and essentially a cliffhanger for the upcoming Avengers: Infinity War saga which will be released in two segments (2018 and 2019).

In the clip, “Thanos reaches into a vault and pulls out the famed Infinity Gauntlet,” which was first glimpsed on screen in the original Thor. The question critics and fans alike are asking now is, how did Thanos get the Gauntlet in the first place? When asked, Feige simply responded, “There are two different gloves. That was not Odin’s vault that you see at the end,” which suggests that there are two gauntlets to hold the infinity stones.

In the original Marvel Comics, Thanos quested after both the stones and the gauntlet, so it makes sense that he would be reaching for it in the clip. How will this sneak-peak come into play in the Infinity War? For now, we will have to wait until the next Avengers film hits theaters in 2018.