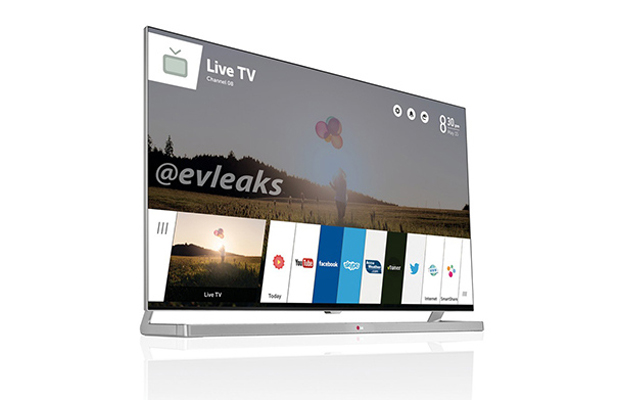 Talks of LG unveiling its Web OS-based TV at CES 2014 surfaced over the past several weeks, though a recent leak of the rumored device has surfaced thanks to @evleaks. The notorious Twitter leaker tweeted a photo of the TV, which showcases a cards interface featuring a number of apps such as YouTube, Facebook, Skype, and more. LG’s SmartShare service also looks to be present. According to other reports, the TV could run on a 2.2GHz dual-core processor with 1.5GB of RAM. We’ll find out all the deets heading into CES next week.