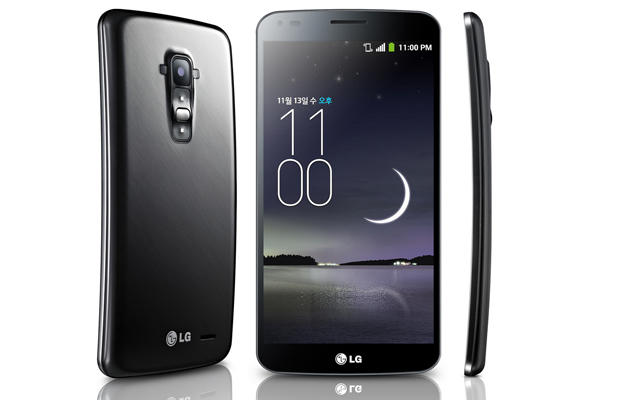 Call it the wave of the future or simply gimmick, but curved gadgets are becoming the hottest commodity in tech. Samsung set off the trend with its gorgeously arched OLED TV back at CES 2013. And in LG fashion, the South Korean electronics giant has taken the same concept from its competitor and applied it to the company’s new flagship handset—creating the world’s first curved smartphone known as the LG G Flex.

As the buzz continued to generate on the international front over the device’s self-healing capabilities and ultramodern form, mobilephiles awaited to hear the announcement of a US release. The G Flex has finally arrived on domestic soil and we got our hands on with it. So are we looking at the next cutting-edge Android smartphone or just an alluring handset that’s more style than substance? Read on for answers.