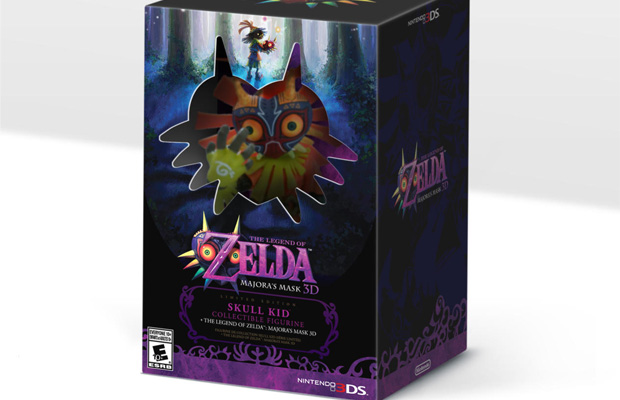 Ask any hardcore Legend of Zelda fan what the greatrst game in the franchise is, many will argue it’s either Orcarina of Time or Majora’s Mask. Personally, we find the latter to be the more challenging and fun of the two, and went nuts after hearing Nintendo planned on releasing a modern version for the 3DS. The Big N just upped the anticipation by announcing a limited-edition bundle for Majora’s Mask 3D with a special Skull Kid figurine, which is set for release later this year.

The standard game is set to go for $40, though Nintendo has yet to announce an MSRP for the limited edition. Majora’s Mask was originally released on the Nintendo N64 in 2000 to universal acclaim. Like every other Zelda reimagining on the 3DS, the 3D version will feature new graphics and features optimized to work with the hardware. Something to definitely look forward to as we awaiting the 2015 holiday season.