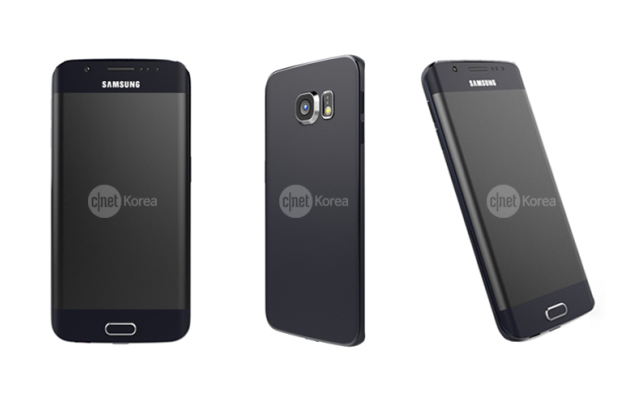 Mobile World Congress 2015 kicks off this Sunday and the world is anticipating Samsung’s unveiling of the Galaxy S6. While all eyes are on the company’s flagship device, there is talk of a second handset being introduced that will accompany the GS6, which is rumored to go under the Galaxy S6 Edge moniker and feature a three-sided display. Crazy!

A recent leak of the handset has been discovered and posted online over at CNET Korea. The resemblance to the Galaxy Note is quite similar, only sporting curved displays that wrap around both sides of the smartphone. Though the question remains: What purpose will the innovative design serve in terms of functionality? At the moment we see nothing more than just another window for micro-widgets and notifications. Either way, Samsung will bring something fresh to the market that we’re all going to have our eyes on when launched this April.