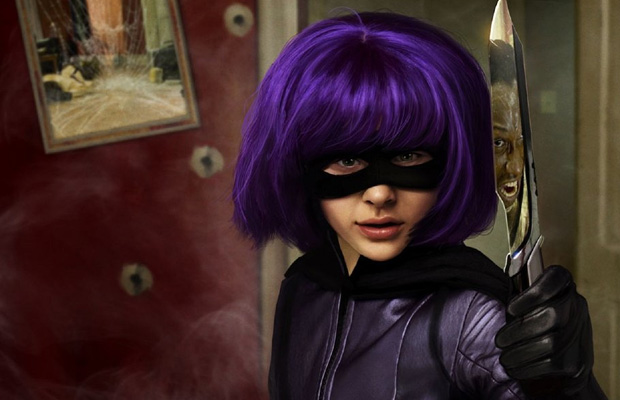 After the disaster that was Kick-Ass 2, not to mention the disaster that was Jim Carrey promoting the sequel, fan enthusiasm for the franchise was at an unprecedented low; that is, especially after the hype that was generated around the stylish and slick first film, audiences were especially disappointed by the lackluster sequel and, accordingly, didn’t show up at theaters. However, there could be still hope for the series. Director Matthew Vaughn stated in a recent interview that, while it could be a while still until a Kick-Ass 3 materializes, a Hit-Girl prequel could shove its way onto the silver screen before too long.

Currently promoting Kingsmen: The Secret Service, which will be opening nationwide this weekend, Vaughn had this to say about the project:

“Do you know what’s going to be next if I do it… we’ve finished plotting it. What we have to do is, we’ve got to do the ‘X-Men: First Class’ to the Kick-Ass world. We lost a few fans on Kick-Ass 2. It wasn’t as loved as one would’ve hoped. So we have this idea for a Hit-Girl prequel. It’s a really strong, really simple prequel where I think we can regain the love and the passion. If that happens, I’m pretty sure I can persuade Aaron and Chloe to come back and finish the story of Kick-Ass with ‘Kick-Ass 3’. Mark and I have already plotted Hit Girl. We have to get the script done next. It’s so far out there, you have no idea.”

If Vaughn can pull off what he says he can pull off, namely a revamping of the series that could match First Class, then there’s no doubt that it will be a revitalizing move for the franchise. We will have to wait and see. What do you think? Can Moretz validate her own standalone film?