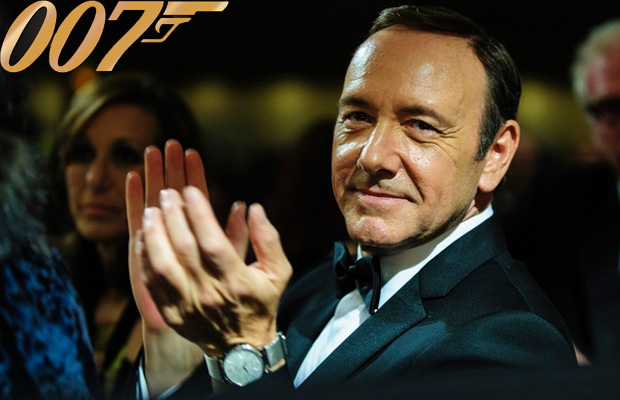 Despite recent reports suggesting House of Cards star Kevin Spacey has been approached to play the villain in the next James Bond film, the Oscar winner denies ever being offered such a role. Speaking to BBC News, Spacey went on to say the following: “I don’t know why people keep writing about this, I’ve been offered no role, I’ve never read a script.” He continued by flat-out saying, “No, I’m not doing the next James Bond movie. No.”

He adds that director Sam Mendes, who went on to helm the previous Bond installment, Skyfall , and worked with the actor twice in the past hasn’t approached him about the untitled Bond 24 film. “Obviously if [Sam] wanted me he would’ve offered me the role. I don’t even know if there is a role frankly,” says Spacey.

Guess all the hype around his recent appearance in the upcoming Call of Duty: Advanced Warfare has some reporters presuming he would make for the perfect 007 villain.