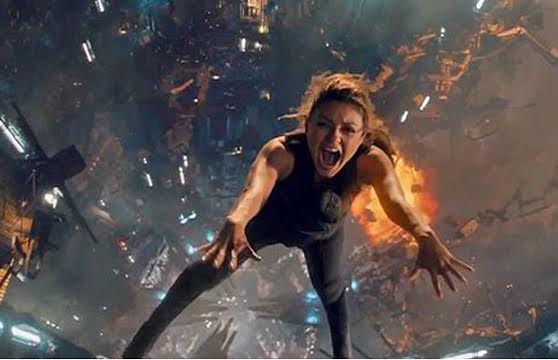 Okay, so it seems a little weird: a space opera/epic movie starring Channing Tatum wearing elf-like ear extensions as protector of Mila Kunis, who discovers she an alien queen of some kind? Yeah, well, the Wachowski Siblings have been known to…let’s just say they “think outside of the box”. To make things a little bit stranger, they’ve officially announced that their current film endeavor, Jupiter Ascending will be postponed to February 6, 2015.

The film moved from a weekend where The Purge: Anarchy might have been its biggest competition, to a weekend opening with action-comedy Mortdecai starring Johnny Depp, action film Run All Night starring Liam Neeson, and fantasy film Seventh Son starring Jeff Bridges. That’s definitely some stout competition. So why exactly would the Wachowskis decide to move their film from a kiddie pool, where it can easily stand out as the best swimmer, to the shark infested waters of February 6th?

The answer: more time for special effects. WB domestic distribution chief Dan Fellman said the directors have over 2,000 special effects shots they need to polish up in order to get the movie ready for the big screen. Let’s just hope that extra time pays off early next year.