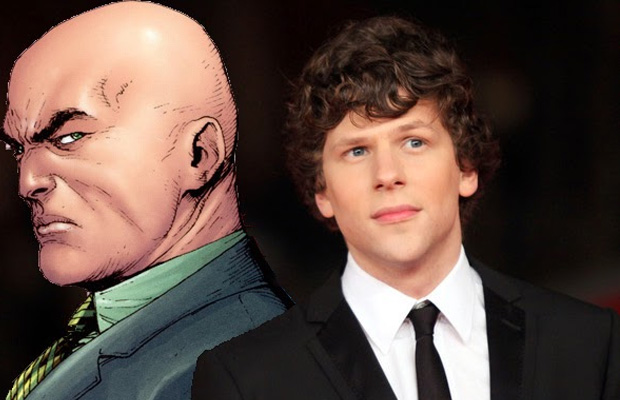 There has been a lot of discussion about David Ayer’s upcoming Suicide Squad in the past week, but the most recent buzz is that of Jesse Eisenberg’s possible role in the film. Apparently he has been contacted about the possibility of reprising his role of Lex Luther in the super villain film produced by Charles Roven.

There are a couple of issues with Eisenberg appearing in the film: he is already lined up for Arms and the Dudes (Todd Phillips), and is committed to a Now You See Me sequel, both of which may prevent him from taking on the role. He plays Luther in Batman V. Superman: Dawn of Justice, and the inclusion of his character in the Suicide Squad would provide a more obvious and direct link back to the DC Cinematic Universe–a connection that some may not make right away.

There has also been word that Suicide Squad will feature the likes of Will Smith, Ryan Gosling, and Tom Hardy, but for now the studio is waiting for confirmation on most roles for the film.