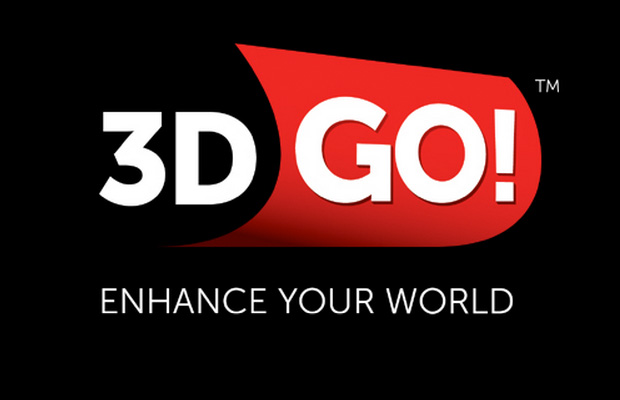 The 3D home entertainment market has been a finicky one to say the least. While the interest in owning a 3DTV is extremely high amongst entertainment viewers, the idea of actually enabling the technology seems to be an overwhelming one for most owners. Truth is the majority of people who own such a device rarely ever utilize the feature. Why is that? Answer: too much work. Well, for those who value a premium, more user-friendly 3D-viewing experience, say hello to 3DGO. The 3D-VOD service offers access to a wide selection of Hollywood films converted in 3D via app and wi-fi connection. No hardware folks. To touch on the game-changing app, we caught up with CMO Richard Laberge to find about more about 3DGO.

Evolve: Give us the full details on 3DGO. What can we expect from it and how does it differentiate from every other VOD service?
RL: It’s an over-the-top online app as we like to call it, which will be available on all 3D TVs. Presently, it’s on Vizio TVs. The app was designed as a premium 3D app that allows you to watch high-quality content, like Hollywood type of content, and also premium in terms of image quality. It gives you high-quality resolution, full resolution of a movie, not half resolution that you would experience on other platforms such as the broadcasting side. It’s very specializing to 3D. We don’t do 2D. It’s a one-stop shop where you can choose a movie that you want to watch in 3D.

Evolve: Speak on the technology that powers 3DGO. How is it possible to create such an experience without bringing any hardware into the equation?
RL: There are two pieces to the technology. First of all, there is what we call Sensio Hi-Fi, a technology that is inside the TV. It allows us to present 3D in high resolution, the best hi-res solution per eye. That’s the first part—the whole decoding and compression scheme that allows you to do that. The second part is the app itself. Once you download the app, you can then rent movies from it and play it on the TV. Everything is on the TV itself, the device per se. There’s no external box. It’s just wi-fi.

Evolve: So the company has partnered with Vizio for the launch.
RL: With Vizio we’ve had two years with them. First of all, they saw the hi-fi technology, which was the highest quality for 3D images. And once they saw that, we told them we were working on the content to come with it and they got onboard right away. As of today, it’s on all Vizio TVs.

Evolve: 3D has sorta been a gamble for a number of companies that hasn’t been successful. What encouraged you to jump into the market considering the technology’s recent struggles on the home entertainment market?
RL: We’ve been in the business for 15 years. So we’ve seen the technology evolving. We were there when nobody was talking about it and when there was a big hype in 2010. And we’re still here. People want to see a 3D experience. Once they have a good 3D experience in the cinemas, they love it. It gives you an immerse experience and adds to the story. The way we’ve seen the market growing up, we still believe there’s a different ingredient to make 3D work. You gotta have a good display, which I think now we’ve reached that threshold. You need to also have content that is easily accessible. The last one is it has to be a user-friendly experience. We got a good mixture of everything to accomplish a good 3D experience.

Evolve: What statistics were you able gather regarding the 3D home market?
RL: What we know this moment is people want to see the experience they’ve seen in the theater. One thing that’s happening is 3D TVs are selling well. It’s picking up at a faster pace than what HDTVs were selling. We got a bunch of 3D-ready TVs out already, but there’s not that big of a percentage of the 3D feature being active or used. Maybe 20 percent of people are really using that 3D feature. And the reason is access to content. It’s not a question of getting it. You can get it on Blu-Ray. It’s just getting more and easier access to it.

Evolve: Most developers would launch such a service with a price tag. Why are you offering 3DGO for free?
RL: The app is for free. The movies you have to rent from us. They are view on demand. So the strategy here is it has to be easy access to the consumer. If it becomes complicated and there’s always a new stage where you have a decision point all the time before you could even access the content, it turns the consumer away. Our approach is make the app for free, we offer one movie for free, and once you’re hooked, you’re gonna rent the movies.

Evolve: Is 3DGO being prepped for other services outside of VOD?
RL: From the beginning, 3DGO was designed to be allowed to do pay-per-views. We’re thinking about stuff like concerts or special sporting events. That’s the type of content we’ll be evolving to. Just so you know, we’ve been involved in the past on the broadcasting side and getting into cinemas. FIFA World Cup, BCS Bowl, NBA—we know about that part of the market. But it’s not something we’re looking to stream all the time. On the device side, we’re looking to evolve that to the set-up box and game consoles to make 3DGO available on all platforms. And in the future, we got mobile and tablets, but that’s another story.