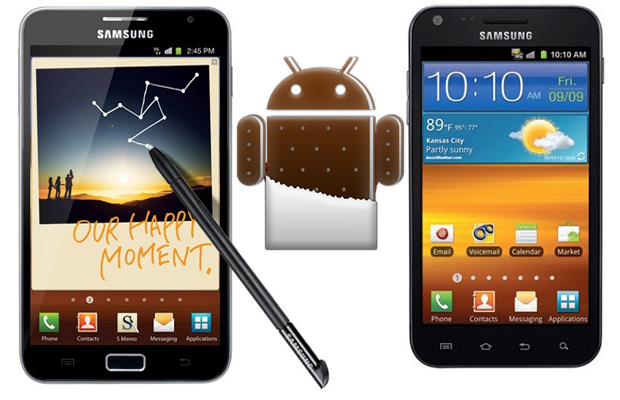 Samsung’s earned a horrible rep for being the last ones out the gate to update its mobile line-up with the latest Android OS out. Well, it looks to break that image come first quarter of 2012 by offering two of its biggest handsets, the Galaxy S II and Galaxy Note, an Ice Cream Sandwich facelift. The electronics giant also informed us via Facebook page of other Galaxy devices that will be upgradable to ICS: including the GALAXY S II LTE, GALAXY R, GALAXY Tab 10.1, GALAXY Tab 8.9, GALAXY Tab 7.7 and GALAXY Tab 7.0 Plus. Samsung lets its social media fan base know that it’ll make separate announcements on the OS updates in the near future via FB and Twitter pages, too. So stay tuned, and for the Galaxy S II and Note owners…lucky you.