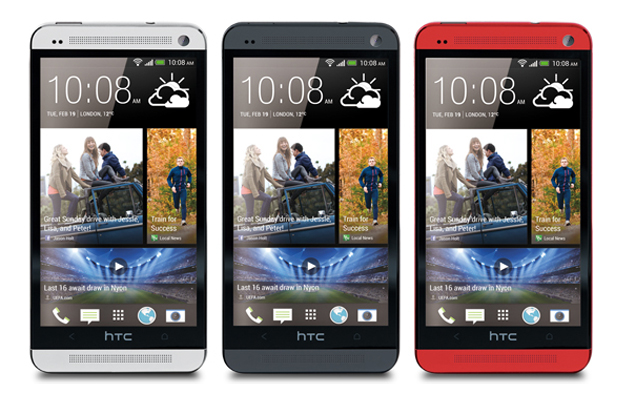 The Taiwanese mobile giant has suffered financial setbacks throughout the past two years and is near the brink of falling “in the red.” And despite the critically acclaimed success of its most popular smartphones to date, the One X and Droid DNA, HTC is still playing catch up to Samsung and Apple in terms of sales. In other words, it is do or die for HTC, with the company placing all chips on its latest flagship offering: the HTC One.

On top of flaunting a drop-dead gorgeous frame that’s been specially engineered to perfection, the handset introduces a number of high-tech facets to the One series: including its new “UltraPixel” camera, BoomSound audio system with front-facing speakers, and an updated version of our favorite Android UI, Sense. The design and specs are all there. But is that enough to take out upcoming heavy hitters like the Galaxy S IV or rumored iPhone 5S? All we can is it definitely makes a strong case.

While most of the attention is focused on the gorgeous ergonomics of the device, HTC reminds us its main focus is based around enhancing the Android experience. And what better way of showing that off than with the introduction its latest interface. The new Sense offers a much cleaner look than the previous iterations and is targeted towards making organization easier. For example, while all Google suite apps and AT&T bloatware still come preloaded, both can be found in respective folders, therefore clearing space and making it easy to locate fan-fav apps. Another sweet addition comes in the form of the new filters found in the camera app, which are pretty dope and more enticing than what’s available on Instagram.

Though the steak and potatoes of the latest UI are clearly HTC’s two newest features: BlinkFeed and HTC Zoe. BlinkFeed is pretty much a universal news feed that displays all social media and news updates onto the homescreen. HTC’s logic behind this is to eliminate the extra steps necessary to access such information. Why navigate throughout the UI in search the Facebook app or web browser when you can just head straight to the homescreen for the 411? Right? It only makes Sense. See what we did there. HTC Zoe is another dope option that automatically stitches photos and videos together to create entertaining GIFs that can be shared with friends and family. The technology behind Zoe is quite marveling, as the camera manages to snap nearly 20 still frames and three seconds of 1080p video to accomplish such a feat. It works for the most part. 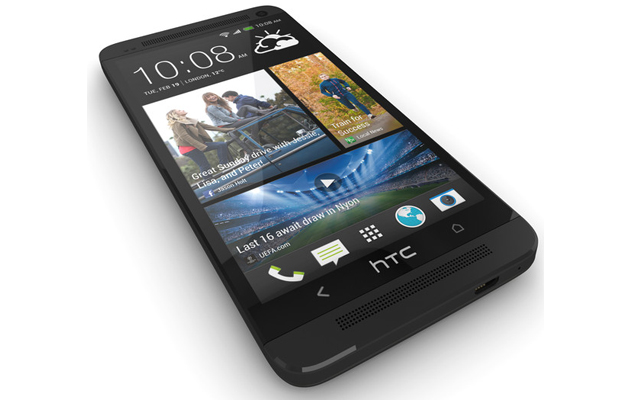 The benchmarks on this thing are pretty absurd. Our Quadrant Standard reports had the phone pulling the highest benchmarks we’ve ever witnessed on an Android phone: an est. 9,400. That’s nearly 1,000 points higher than what we clocked the Galaxy Note II and Droid DNA at. All praises go to the new Qualcomm 1.7GHz quad-core processor, as it goes HAM on the processing and multitasking end. Games and videos not only run smooth without any lag present, but also look stunning on the 4.7-inch (1080p) LCD panel: delivering 468 ppi. The newly integrated BoomSound system takes advantage of Beats technology and pushes mobile audio to a higher plateau by blasting sound from the front of the phone via dual-stereo speakers. It serves as both a great portable speaker for music listening and caller speakerphone.

If you ever felt inclined to purchase a handset based on looks alone, then the HTC One should garner top billing. HTC utilized a special CNC machine to cut and frame the phone’s anodized aluminum chassis. And the end result speaks for itself. From the sleek feel to its slim profile, it’s a true beauty to both admire and hold in-hand. It’s also remarkably light at 5.04 ounces. Color options of metallic silver and matte black are fitting finishes to what is by far the most premium phone out at the moment. 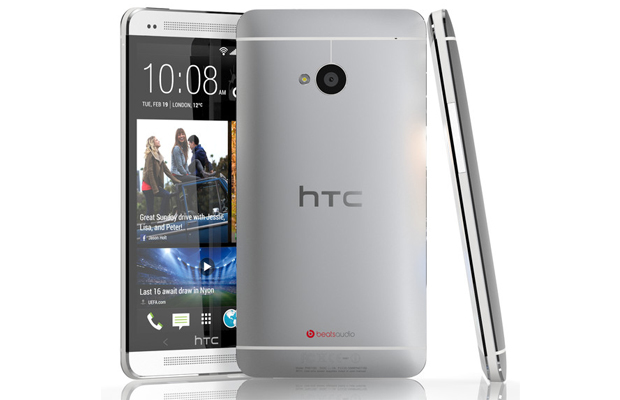 Not the Game-Changing Camera Experience You Expected

When it comes to mobile camera innovation, nothing compares to what HTC has brought to the smartphone game. The One X and Droid DNA scream in loud volume. Considering the incredible feedback garnered from its most recent shooter, it came as a complete shock when the company announced its new “Ultrapixel” camera, which features a lowered 4.3MP lens with three-layer sensor. This new approach to camera technology supposedly enhances pixel resolution and lighting in photos. And while it does manage to accomplish both tasks, the same couldn’t be said about images captured in bright environments.

Most of our photos came out looking grainy, dark, and lacking detail—something we obviously weren’t accustomed to when using HTC’s previous devices. We found ourselves having to rely on the special options and pre-installed filters to boost picture quality. Let’s hope this is something the manufacturer can touch up on heading into its next flagship launch.

It’s too early to call the HTC One the year’s best mobile. That doesn’t mean it shouldn’t be recognized as the top smartphone at the moment, which it truly is. An opulent build, powerful specs, and great UI features—what’s not to love about the One? Only the camera, but that’s not a deal breaker, especially since it offers the same quality as its competitors. Though we prefer the One X and Droid DNA for photography purposes, shooter aside, HTC has the mobile hardware and software on its side to make a major push in the mobile wars heading into the rest of the 2013.