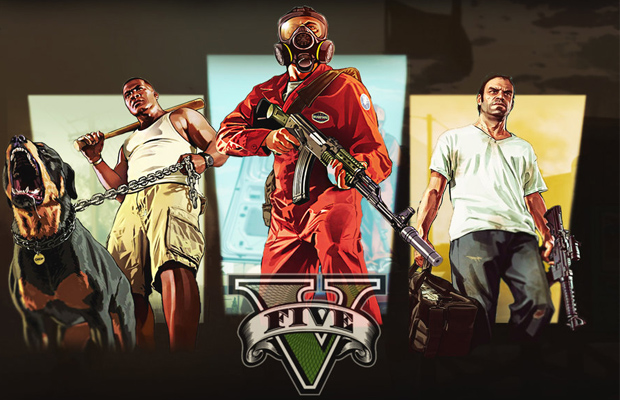 Rockstar established itself as a video gaming dynasty when it launched the first Grand Theft Auto back in 1997. It wasn’t until GTA III hit the scene when the franchise caused a media frenzy, with activists stating it influenced kids, teens, and adults to replicate the unfathomable events that took place in the M-rated title. The outrage only fueled more consumers to purchase the game, selling millions of copies and therefore becoming most popular video game series of this generation.

But with a strong history comes major expectations. We once thought the publisher reached its apex with the most loved and acclaimed GTA game to date, San Andreas. And as much as we’ve enjoyed GTA IV, it left much to the imagination regarding current-gen outlook. For months, the company has given us an inside at the latest installment in the series, Grand Theft Auto V, announcing it would be the biggest GTA ever on all levels and was bringing the story back to the West Coast. So with an insurmountable amount of hype backing it up, is GTA V Rockstar’s greatest game to date? Let’s find out. 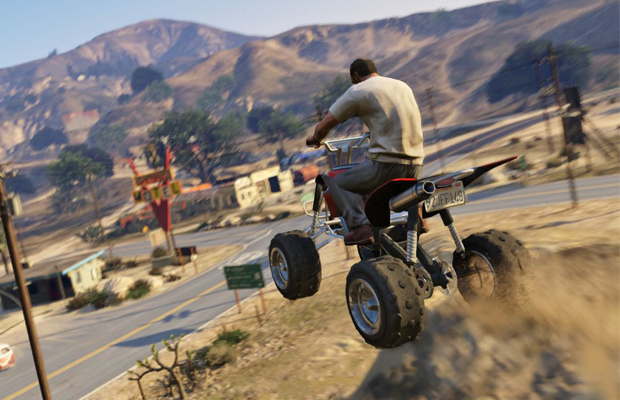 Rockstar set the bar here with the ability to control three new characters and switch at will between them, partaking in all three of their story arcs. This requires players to make the best decisions possible when swapping between each one, as they’ll have special traits to move along missions. Ex. Michael has the ability to slow down time when in gunfights, where as Trevor plays the military specialist who knows piloting. Knowing each character’s strengths will help improve player stats. We find the option to control Franklin’s dog, Chip, to be freaking great as well. All you have to do is aim at a pedestrian and the mutt will chase the target and kill them. You can also control Chop through an iApp called iFruit, a free Rockstar app where you can feed, play, and teach him tricks.

Money is everything in GTA V. The bigger the heists, the more money you bank. Phone availability makes it possible to check in on calls and texts from characters. There’s also the Stock Market, two exactly, with one dubbed the LCN which is based on the gameplay and story progression. The other is Bawsaq and driven by global player data. This is where being part of the Rockstar Social Club comes in order to manage stocks. Not to mention, you can buy property with the weekly income you cake in. 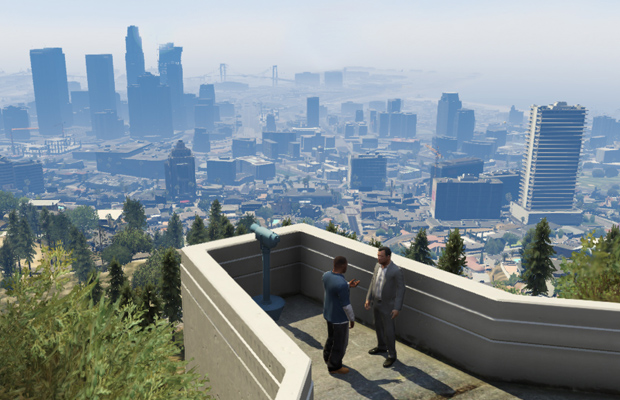 This virtual world is freaking huge! Aside from exploring the city area of Los Santos, players can enter the countryside area of Blaine County. GTA V provides a “real feel” for landscaping with the integration of mountains, rivers, military bases, farms, and much more to the environment. In addition, you’ll also encounter wildlife creatures.

There’s so much to accomplish while in between heist jobs. You character can learn a couple of new hobbies such as Yoga, parachuting, tennis, golf, and engage in adult activities like hitting the strip club. Then there is the opportunity to interactive with some of the more interesting side characters in the game. For instance, while playing with Franklin I eventually ran into a drunken woman who I just felt the need to run over. Those looking to start some trouble can also hold up a shop. The options are limitless. 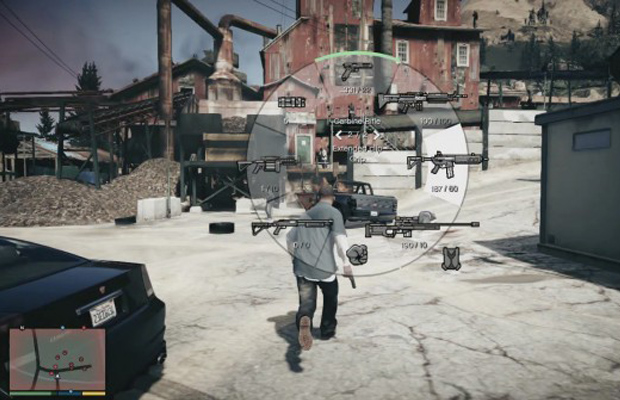 Players have shared their fair amount of criticisms over the controls in previous GTA titles, the biggest being constant car swerving. Trying to partake in balanced driving was a task in itself. However, this time around the developer’s went to work on the mechanics to provide one of the most realistic driving experiences in a game. So weaving in and out of traffic smoothly is much more possible this time around. But vehicle movement isn’t the only thing that got a makeover.

The combat has evolved as well. Those who’ve played Max Payne 3 will notice the similar control system. You now have a choice to use free-aim or full-lock targeting, with an X appearing over the enemies head upon drawing a weapon towards them. Access to weapons is easier too, as you can now pull up your load-out screen and switch out items within seconds. 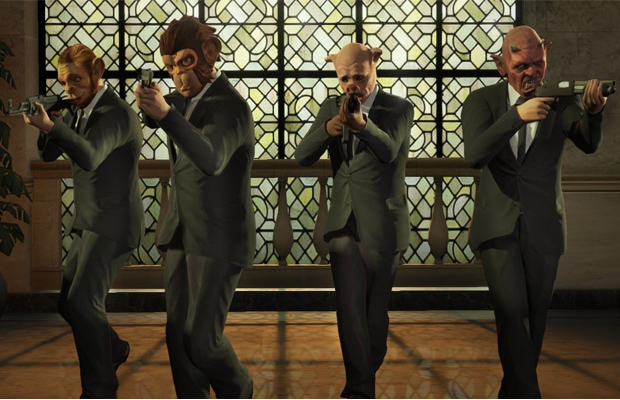 The Wait for Multiplayer

The buzz around GTA Online has been insane and with GTA V being much larger than any game in the franchise, we’re all looking forward to exploring the city and seeing what trouble will transpire, especially alongside friends. Sadly, players have to wait until October 1st. This is obviously more of quibble than game flaw, but truth be told, that’s really the only issue we can come up with it at this point. Speaks for itself, doesn’t it?

Note: Join Rockstar’s Social Club, which is free and allows you to join or create crews for online battles. 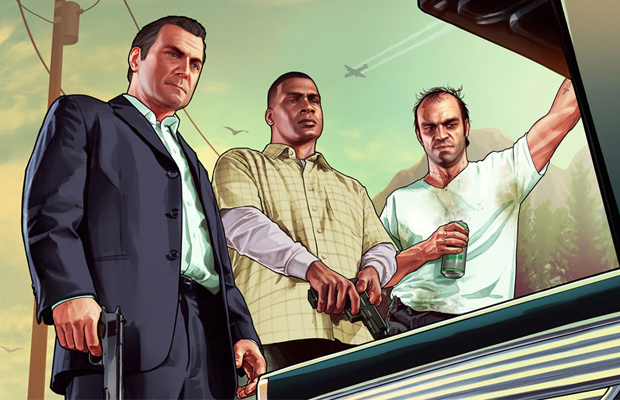 I don’t think I’ve ever been more impressed with a game in this long. The mechanics of Grand Theft Auto V have changed for the best with controls receiving an amazing makeover, plus the ability to play the game through the eyes of three characters is a huge plus. The graphics are beautifully rendered and at times look surreal. Being able to customize a character with tattoos, pimping out their ride, and adding cool perks to guns such as silencers only enlivens the action.

So when asked if GTA V will replace San Andreas>/em> as the best in the series, I have to say, yes. It’s everything Rockstar said it would be and much more. And with the game generating $800 million in first-day sales globally, you can’t go against the grain and say the publisher doesn’t have a GOTY contender on its hands.