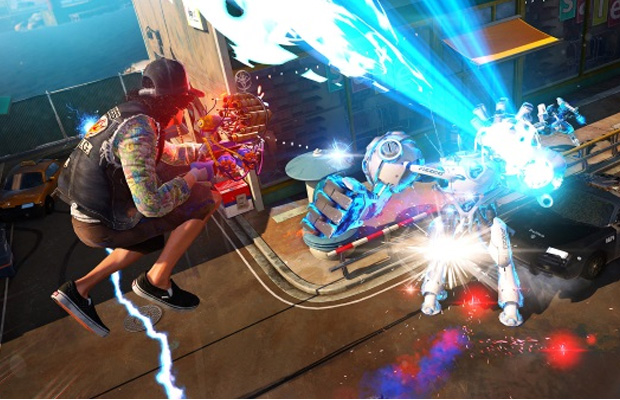 Insomniac has finally revealed its first set of DLC for Sunset Overdrive, which will be dubbed Sunset Overdrive and the Mystery of Mooil Rig. It will be the very first expansion the game receives, as well as one that expands the story more than the standard game. On December 23rd, players will be able to purchase this insane new pack that adds not only a new area, the titular Oil Rig, but also new abilities, gear, and various other enhancements that will make themselves present in the full game.

One such ability is jumping in and diving beneath the water for an indefinite amount of time, and then the ability to slam into the water and bounce up to get even higher into the air–matching the game’s overall feeling of pure insanity with no regard for logic. Unfortunately though, Insomniac has yet to reveal everything that is to come with this DLC expansion, but from what they have already done it seems it will be just an extremely wild ride.