Fifth ‘Pirates of the Caribbean’ Film May Be A “Refresh” 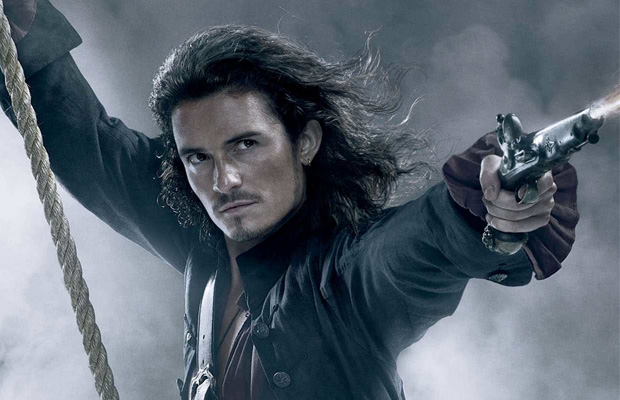 Earlier this week, actor Orlando Bloom spoke with IGN about the future of the Pirates of the Caribbean franchise, and whether or not he will have a role in it. Bloom suggested that the fifth film in the series may be more along the lines of a “refresh” rather than continuing where the story left off in the last film. He explained, “I’m not entirely sure that [I’ll be back] just yet, but there are talks. Basically they want to reboot the whole franchise.”

Bloom also indicated that the film will likely tie back to At World’s End, potentially starting off where his character and Elizabeth (Kiera Knightly) have a son. With the knowledge that newcomer Brenton Thwaites will be taking on the role of the “young hunky male” that Bloom has previously portrayed, might it be possible that Thwaites is this son, or have something to do with him? Bloom hinted at this, saying that the producers want to, “do something with me and the relationship with my son.” Speculation aside, it has been confirmed that Johnny Depp will return as Captain Jack Sparrow, Geoffrey Rush as Captain Barbossa, and Javier Bardem will make his debut in the franchise as Captain Brand.

Pirates of the Caribbean: Dead Men Tell No Lies is set for release in July 2017,and will begin shooting early next year in Australia, where Bloom just may take on the role of Davey Jones under the sea in the newest production of the franchise.