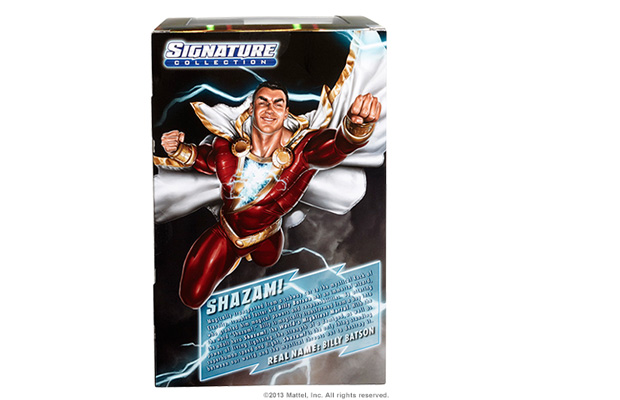 Matty Collectors, the toy maker Mattel’s subscription service, has announced the release of a figurine-based on Shazam, amongst their other collectibles available at this year’s San Diego Comic-Con.

The new figure is part of Mattel’s “Club Infinite Earth” line and the first based on Shazam that is featured in DC’s reboot, the New 52. It comes inside Club Infinite Earths die-cut packaging with distinctive silver foil and features a removable hood that’s distinctive to the new version of the character.

You can pre-order one at MattyCollector.com to be picked up at Comic-Con and will also be available for purchase at the show. The perfect gift for the Billy Batson fanboy.