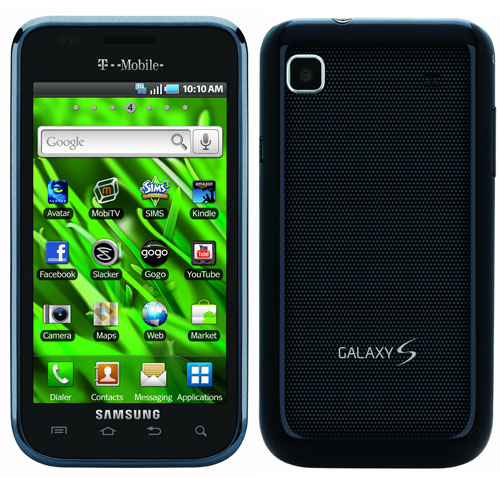 We warned you about Android phones becoming the essential smartphone. The Droid series has paved the way for the mobile OS, and with Samsung’s Galaxy S imprint recently announced, consumers from all four providers will soon find themselves among the stars. T-Mobile steps up to bat first with what is possibly the best multimedia phone available: the Samsung Vibrant.

The Vibrant’s 4-inch WVGA Super AMOLED touchscreen displays vibrant colors and spectacular video quality for an Android phone. What’s most surprising is the HD video recorder, which surprisingly produces crispy clear footage, with a minor, yet unnoticeable setback in audio. The built-in accelerometer also rotates the screen vertically and horizontally with swiftness and no lag.

Running on 3G-connection, the Vibrant manages to boost an impressive speed that closely resembles Sprint’s 4G-network. The incorporation of a 1GHz Cortex A8 Hummingbird processor makes web browsing and navigation super responsive. Also, Samsung’s TouchWiz 3.0 interface has undergone a moderate facelift resulting in a user-friendly environment for newcomers. 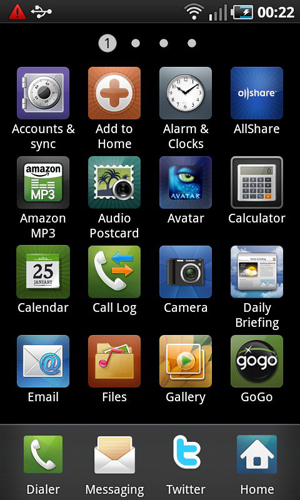 Unfortunately, the Vibrant doesn’t feature photoflash, leading to some mediocre picture quality (primarily in darker settings), but the camera is still subpar. Another issue for the Vibrant revolves around the battery life, with a majority of its power drained by the phone’s multimedia features, as well as constant usage.