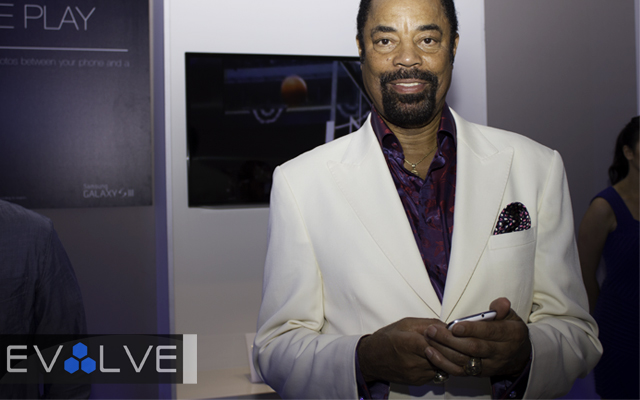 Samsung’s dominated the media market since launching its most anticipated smartphone yet, the Galaxy S III, in the states last Wednesday. Hosting its official release at Skylight Studios in SoHo, the mobile juggernaut invited every major press outlet, along with several NBA players including Steve Nash, Kevin Love, and even Bill Walton to the exclusive event. Each one entertained guests and discussed the new Android powerhouse, but none held more grace and swag than New York Knicks legend and MSG sportscaster: Walt “Clyde” Frazier. We caught up with the 2x NBA Champ as he expressed his newfound love for the handset, ditching flip phones, keeping tabs on his entrepreneurial ventures, and how Knicks players might feel about him owning the hottest smartphone out. White suit, white Galaxy S III…dude’s outfit game is serious. Watch our interview with the Knicks great below.