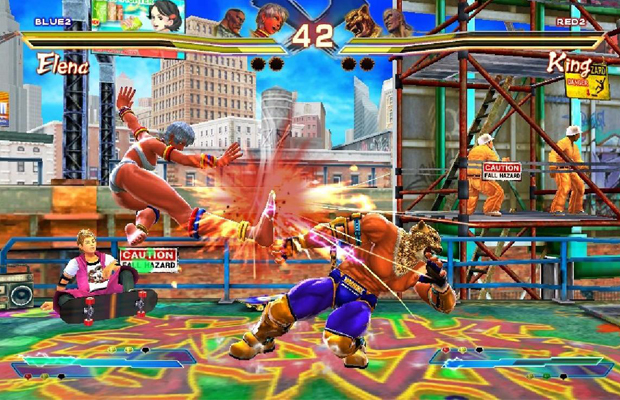 We got more with Capcom’s big man Seth Killian . Dude already gave us the 411 on the PS Vita port of Street Fighter x Tekken and the latest touchscreen control enhancements. Now he’s dishing on his favorite fighting team, Jack and Elena, as well as giving the deeds on the upcoming Street Fighter x Tekken Evo Championship. We’re look at 2-on-2 match ups with teams having the ability to tag themselves in during a match. See what Seth says is the biggest key to taking home the EVO 2012 crown. Step your game up fighters. Make sure to come back as Capcom’s Community Manager talks to us about the second cross-fighter title in the series: Tekken x Street Fighter.