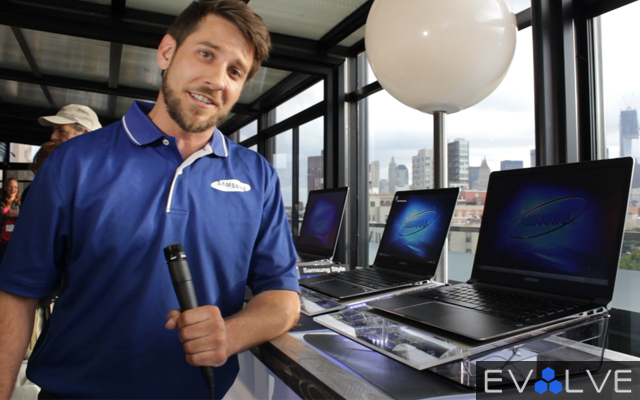 In 2011, Samsung gained notoriety on the ultrabook front with the unveiling of its super-slim Series 9 model. Now the company looks to take on all comers (primarily Apple) with its 2012 offering. We got an exclusive hands-on with the portable heavyweight, along with some other goods during Samsung’s Mobile PC event held at the Thompson LES Hotel in NYC. Combining raw power with sex appeal, the new Series 9 lineup flaunts serious hardware in the form of new i5 processors, SSD drives, and a gorgeous aluminum chassis. The MacBook Air finally has a worthy competitor. We’ll let Samsung sell you on it. The Samsung Series 9 (2012) starts at $1,400.