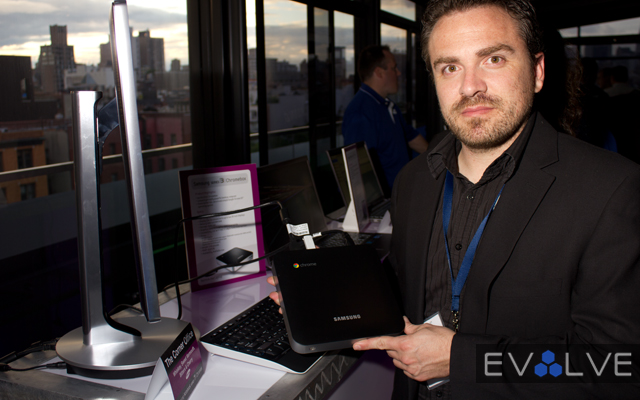 It is no secret Samsung has the mobile market on lock with its Galaxy S series. The tech giant has also gained ground on the laptop scene with the unveiling of its next-gen Samsung Series 9 lineup. Now it looks to make a huge impact on the desktop front with the Chromebox Series 3. The Mac Mini alternative runs Android’s OS and flaunts some powerful specs in the form of a 1.9GHz dual-core Intel CPU with 4GB RAM, a 16GB SSD, and numerous connection ports. Guess big things do come in small packages. Watch as Samsung’s Matthew Crocker breaks down the Chromebox’s performance for EvolveTV. At $330, quite impressive.