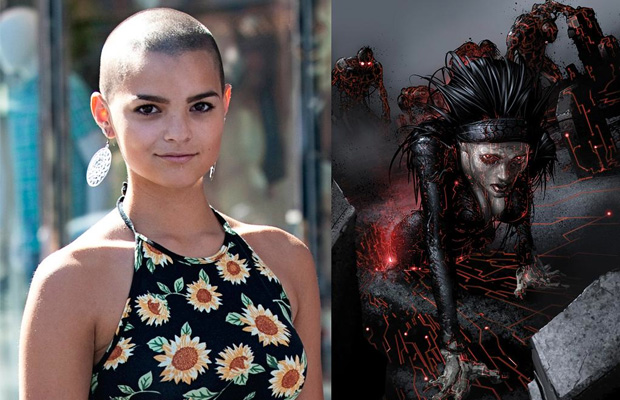 Deadpool has been in development for quite some time now. Finally after leaked test footage hit the net, 20th Century Fox is moving the film forward. Here are some things we know for sure: Ryan Reynolds is definitely back as the assassin, Tim Miller is the director, and filming has begun in Vancouver and the film has an official synopsis.

Such progress for a film that was stunted for many years after Deadpool’s first appearance in X-Men Origins: Wolverine. Other aspects of the film are coming together, particularly members of the cast. THR confirms Brianna Hildebrand will be alongside Deadpool as Negasonic Teenage Warhead, a telepath with precognitive abilities. At the moment, the details of her comic book to cinema transition are unclear. We don’t know if the teenager will remain pale but we do know Hildebrand is “undergoing physical and stunt training her part — which suggests she’ll be doing more than just reading minds.”

This will be Hildebrand’s first major movie role aside from her starring in Annie Undocumented, a web series that won best web series at the 2014 New York TV Festival. Monica Baccarin, Gina Carano, and T.J. Miller are also signed on to stare in Deadpool, which will hit theaters on February 12, 2016.